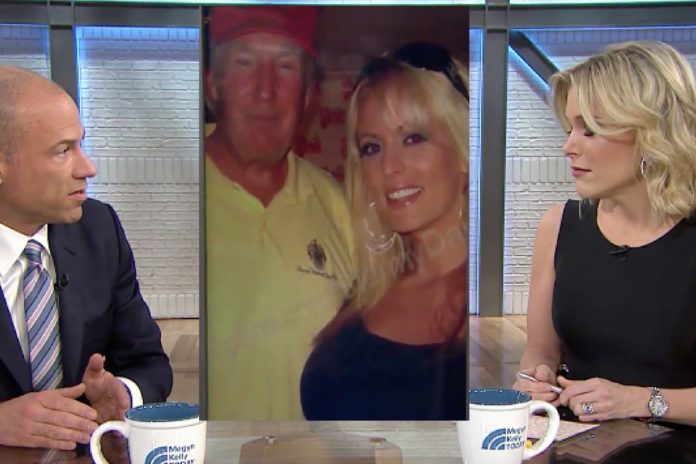 CBS’ 60 Minutes may have censored the most salacious details of Stormy Daniels’ affair with the then-presidential candidate, Donald Trump.

The Attorney for Ms. Daniels, Michael Avenatti, claimed during an interview with Megyn Kelly on the Today Show that CBS balked at airing the most intimate details of the encounter.

Given that his client described Trump pulling down his pants to get spanked, one might wonder how much more sordid can it get.

Avenatti was very specific as to one salacious bombshell that was left out:

“They play it very close to the vest… For instance, she can describe the president’s genitalia in great detail. That did not make it.”

The audience appeared to recoil and gasp in disgust. Megyn Kelly covered her eyes.

“Attorney Michael Avenatti told NBC News’ Megyn Kelly that the highly anticipated program showed only about 14 minutes of the two hours of interviews Daniels gave to the network — which included details to corroborate her claims of a sexual relationship with Trump.”

The meat of the interview focused on Trump having plausible deniability.

Avenatti claimed during his interview with Kelly that eight women approached him with similar allegations to the one Stormy made about Trump.

Avenatti told Kelly that his client was a “principled” woman, a claim to which the audience laughed.

However, Avenatti went on to describe that Trump’s attorney Michael Cohen sent the payment, and his bank flagged it.

A Suspicious Activity Report (SAR) was generated by Cohen’s own bank over the payment.

Avenatti is seeking to have that SAR made public. He told Kelly that Cohen’s claim he paid Daniels to protect Trump makes no sense.

Avenatti went on to detail that the agreement not having Trump’s signature on it provided the President with plausible deniability.

Kelly said that Cohen told her that he went rogue on his own, without his Trump’s knowledge, out of his “love” for his friend.

Avenatti opined that the majority of Americans believed that the affair happened.

Did CBS Leave Out Pertinent Details?

Will we ever know what 60 Minutes may have left out of its broadcast?

If Ms. Daniels was interviewed for two hours, as is her claim, then clearly the American public missed out on a lot.

Given her claim that her and now President Trump had unprotected sex, then it seems rather obvious that we have only seen the tip of a salacious iceberg.

This begs the question: Do we really want to know the sordid details of their illicit affair?