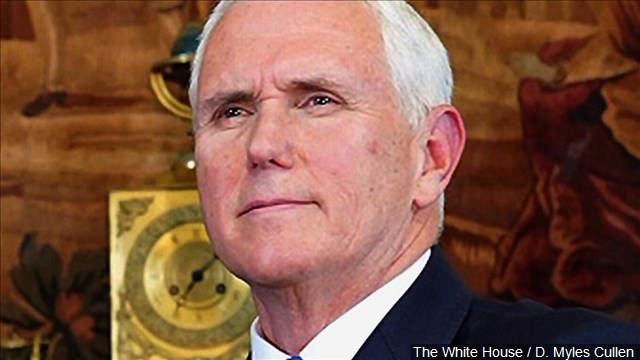 Students at a small Christian college in Indiana are making it clear they don’t want the state’s former governor — Vice President Mike Pence — deliver the commencement address at their school because they say he doesn’t represent their religious values.

Taylor University, which has about 1,900 students, proudly announced this week that Pence would speak at commencement, which will be held in May, with Taylor president Paul Lowell Haines remarking:

“Taylor University is pleased and honored to welcome to our campus and its 2019 Commencement exercises, Vice President Mike Pence. Mr. Pence has been a good friend to the University over many years, and is a Christian brother whose life and values have exemplified what we strive to instill in our graduates.”

But many current and former students are saying they don’t want Pence, ThinkProgress reports:

“A Change.org petition in protest of Pence’s invitation to speak — which was launched by a Taylor University alumni just a few hours after the school president’s announcement — has amassed more than 2,800 signatures since its inception.

“‘Inviting Vice President Pence to Taylor University and giving him a coveted platform for his political views makes our alumni, faculty, staff and current students complicit in the Trump-Pence Administration’s policies, which we believe are not consistent with the Christian ethic of love we hold dear,’ the petition states.”

Taylor alum Alex Hoekstra says that as a gay man, he feels “personally injured” by the anti-LGBT policies that are advocated by the Trump-Pence administration, which he insists are not reflective of the teachings of Jesus Christ or the emphasis Jesus placed on love.

Comments on the Change.org petition echo those made by Hoekstra, with one person remarking:

“The politics and policies of VP Pence and President Trump are incongruous with the Christian values the university is sworn to uphold.”

Another supporter of the petition wrote:

“I stand for the values of that Jesus promoted and when people in places of power so blatantly oppose those values (or remain silent), they should not receive such a privileged position.”

And Taylor University alumni C. Christopher Smith wrote in the Christian magazine Sojourner that Pence is an improper choice for any truly Christian school:

“We need to ask ourselves the question: To what sort of gospel do Mike Pence’s political values bear witness, and is this the sort of gospel that we want to proclaim or to send out our young people out into the word with? Taylor University, and other evangelical institutions, should no longer give credence to this administration as representative of evangelicalism.”

All of this comes on the heels of an ongoing feud between Pence and 2020 Democratic presidential candidate Pete Buttigieg, who has also said that the vice president doesn’t truly reflect the true message of the gospel.