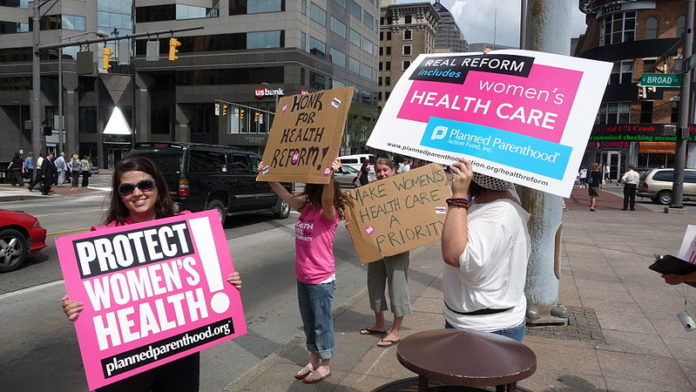 A new study shows that President Donald Trump’s reinstatement of a global gag rule restricting funding to women’s health clinics around the world have only increased the abortion rate, the opposite of what Republicans insisted such a move would do.

For decades, Republican presidents starting with Ronald Reagan have issued the order, arguing that doing so prevents abortions. But the data gathered over time suggests that the number of abortions actually rises because abortion does not end just because it is outlawed or restricted, especially if funding cuts result in less contraceptives and more unwanted pregnancies.

That’s what happens every time a Republican re-institutes a gag order to pander to anti-abortion zealots here at home, which means conservatives are actually complicit in abortions, not the other way around.

Only when a Democratic president reverses the gag order and funding levels return to normal do abortion rates decrease because women are getting the reproductive care they need to prevent pregnancy.

Rutgers University professor Yana Rodgers did the research to reach these same conclusions.

According to an article she wrote for The Conversation:

“Supporters of the global gag rule say defunding abortion providers will reduce abortions. However, researchers from Stanford University in 2011 found that this U.S. policy actually made women in sub-Saharan Africa twice as likely to have an abortion.

“My new study, published in November 2018, confirms those findings in Africa and shows that the global gag rule had an even greater effect in Latin America.

“Analyzing abortion data from 51 developing countries between 2001 and 2008 – which encompassed the reproductive decisions of about 6.3 million women – I found that women in Latin America were three times more likely to have an abortion while the global gag rule was in effect.”

Basically, if conservatives really want to reduce the abortion rate, they should withdraw support for the gag order and start promoting the use of contraceptives to prevent pregnancies. Until they do that, they are complicit with the increase of the very procedure they have compared to murder.

And it’s not just overseas as Rodgers explained:

“Since Trump reinstated the global gag rule in 2017, health workers in developing countries have reported drastic reductions in the availability of contraception, teen sex education and family planning services.

“If the U.S. follows this trend, the domestic gag rule will soon push abortion rates up domestically, too.”

As Republicans inch closer to outlawing abortions here in the United States, they should be forced to read studies undertaken by experts like Rodgers that show the true impact of such policies. Republicans need to know they are causing more abortions, not less. Unless they already know and are just continuing to rail against abortion in order to pander to their conservative base. If that’s the case, conservatives are attacking the wrong political party.