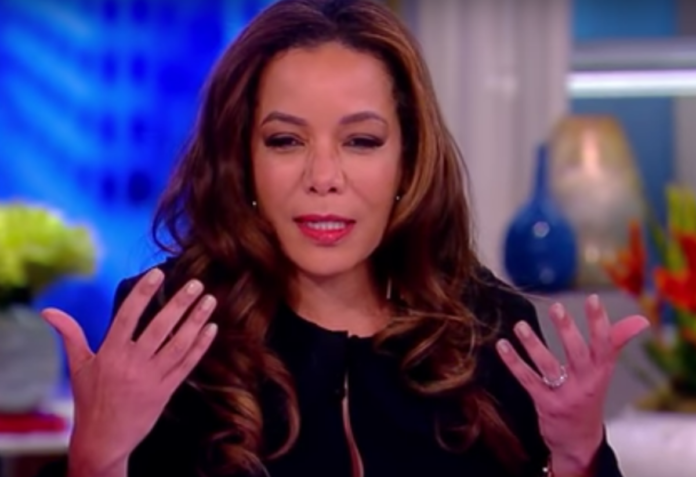 As President Donald Trump’s new lawyer Rudy Giuliani continues to stick his foot in his mouth in a desperate effort to bring Special Counsel Robert Mueller’s investigation to a close, The View co-host and former federal prosecutor Sunny Hostin called out his lies.

On Wednesday, Giuliani made the media rounds once again, this time claiming on Fox News that collusion isn’t illegal and that Donald Trump Jr’s Trump Tower meeting with Russians to obtain “dirt” on former Secretary of State Hillary Clinton is perfectly acceptable. Giuliani said on Fox News that:

“When I ran, they were looking for dirt on me every day. That’s what you do. Maybe you shouldn’t. But you do it. There is nothing illegal about that. Even if it comes from a Russian or a German or American, it doesn’t matter.”

Oh, but it does matter, according to Hostin.

During Thursday’s episode of The View, Hostin schooled Giuliani on what the law is. He said:

“He is just lying. I mean, you can’t collude and get information from the Russians and the Germans. That’s treason. He just keeps on lying and lying, and as an attorney, I’m listening to the lies and I’m like, what are you talking about? He says, ‘This is a witch hunt,’ and it’s caught a lot of witches and warlocks — 75 charges already, 22 people have been indicted. So this suggestion somehow that the Mueller investigation isn’t finding anything is nonsense.”

Hostin then explained that while collusion isn’t a crime, conspiracy and obstruction of justice most certainly are.

“Collusion is not a crime, everyone, there’s no enumerated crime for collusion. But the crimes of obstruction of justice and treason, conspiracy — they are all out there. I have to tell you, when you have 75 criminal charges filed already, you can’t say that this is a big nothingburger.”

Giuliani also argues that Trump can’t be indicted because he’s a sitting president, which is wrong because as Fox News legal analyst Andrew Napolitano pointed out, former President Clinton was indicted in the 1990s after he admitted to lying under oath. In addition, Giuliani has also claimed that Mueller can’t subpoena Trump either, but that’s another lie because sitting presidents have been subpoenaed before and they have largely complied.

Clearly, Giuliani is swinging wildly in the hopes of making the Mueller investigation go away, but all he has been doing is striking out and embarrassing himself.