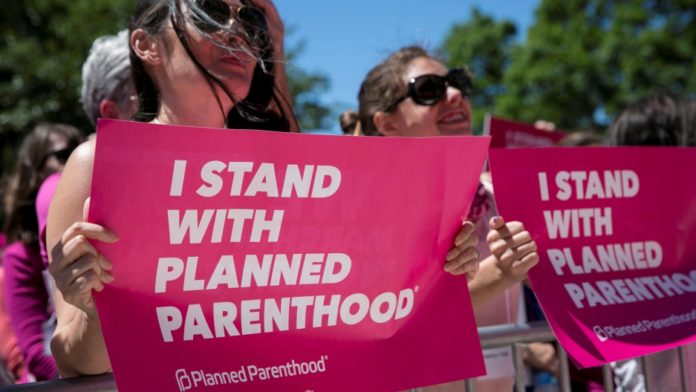 States seeking to cut Medicaid funds for Planned Parenthood were dealt a major blow Monday by the U.S. Supreme Court, which refused to overrule two lower court opinions that had ruled such punitive actions are in direct violation of federal law.

Four justices were needed to accept the case, and only three —  Clarence Thomas, Samuel Alito, and Neil Gorsuch — voted to add the case to the high court’s calendar for the current term.

Chief Justice John Roberts and Justice Brett Kavanaugh sided with the court’s liberal members and voted not to take the controversial case. That, according to Steve Vladeck, CNN Supreme Court analyst and professor at the University of Texas School of Law, sends a message within itself:

“Such votes seem to be a signal that they would rather avoid contentious, high-profile disputes for now, at least where possible.”

At issue, CNN notes, isn’t whether states can provide federal funds for abortions:

“Instead, the case concerned whether they can block Medicaid funds from offices that provide such women with annual health screens, contraceptive coverage, and cancer screening.”

In his dissent, Justice Thomas wrote:

“I suspect it has something to do with the fact that some respondents in these cases are named Planned Parenthood.

“But these cases are not about abortion rights. They are about private rights of action under the Medicaid Act. Resolving the question presented here would not even affect Planned Parenthood’s ability to challenge the states’ decisions; it concerns only the rights of individual Medicaid patients to bring their own suits.”

The states which brought the suit — Kansas and Louisiana — had wanted the justices to decide a larger point in the case: Whether or not states have regulatory authority over how they spend Medicaid funds given to them by the federal government.

A panel of judges on the 10th Circuit Court of Appeals ruled in February:

“States may not terminate providers from their Medicaid program for any reason they see fit, especially when that reason is unrelated to the provider’s competence and the quality of the health care it provides.”

It remains to be seen if the Supreme Court will accept any other cases dealing with reproductive rights during this term.