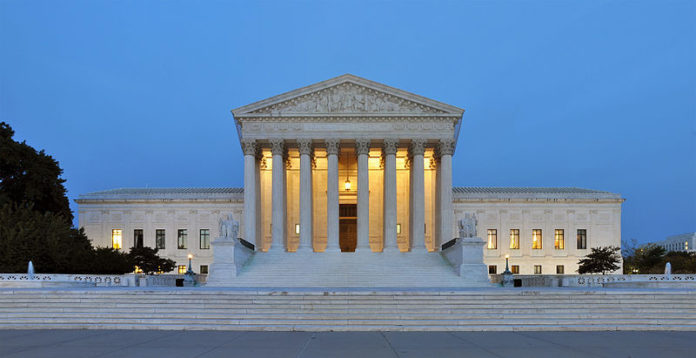 The Supreme Court has been busy recently, making sweeping decisions on everything from “dual sovereignty” to racially-motivated jury selection. Today, the court delivered a verdict on trademarks brought forth by a company with an interesting name — FUCT.

The SCOTUS decision scraps a century-long precedent of not granting protection to “immoral” or “scandalous” trademarks. The problem with it, argued Justice Elena Kagan, is that it attacks one of the very pillars of the American legal system — free speech.

The reach of the law is unnecessarily broad, in part, because of the word “immoral” and how different that concept can vary from person to person.

“Nonetheless, she said, the trademark law’s restriction violates the First Amendment because “it disfavors certain ideas.”

The most surprising aspect of the decision was its bipartisan nature. Kagan, a liberal, was joined by Ruth Bader Ginsburg, and four of the court’s conservatives, Justices Clarence Thomas, Samuel Alito, Neil Gorsuch and Brett Kavanaugh, in the verdict.

Since the inauguration of Donald Trump, pundits from every corner have argued that the president has been putting a stress test on the limits of the institutions of democracy. And some see votes like this — from the highest court in the land — as a measure of comfort, believing it signals that liberals and conservatives can still work together.

In a recent New York Times article, columnist David Leonhardt points out that voters are firmly attached to the idea of compromise in the abstract, even if not in practice:

In a recent USA Today/Suffolk University poll, “the most frequent suggestion from voters by far was for official Washington to resolve to stop squabbling and work across party lines.”

The Supreme Court also doled out a surprise when Justices Ginsburg and Gorsuch, thought to be diametrically opposed on practically every front, teamed up for a dissent opinion against upholding the doctrine of dual sovereignty.

This doctrine grants that a person can be tried for the same crime at the state and federal level without violating the doctrine of double jeopardy. A similar shock came when Justice Thomas, the court’s only black justice, sided with a racially-biased prosecutor over Justice Kavanaugh, a conservative who was the subject of a scorched-earth nomination process.

For now, there only appears to be one constant on the Supreme Court — unpredictability.