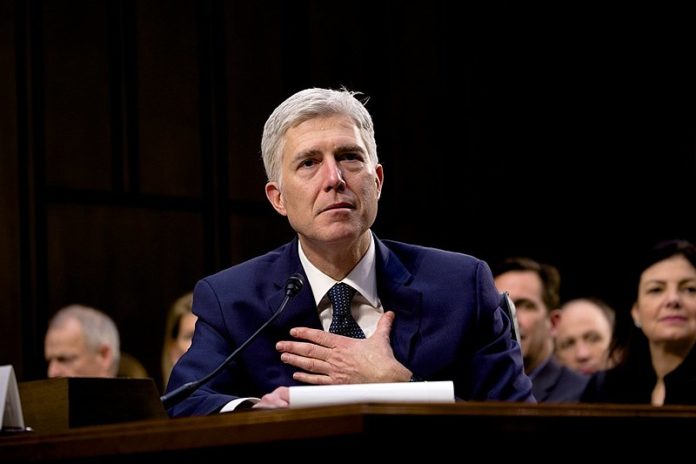 If President Donald Trump expected his Supreme Court shills to always vote against minorities, he must be mightily disappointed on Monday after Justice Neil Gorsuch sided with the liberal wing of the high court to uphold a 150-year-old Native American treaty.

The 1868 treaty gives members of the Crow Tribe the ability to hunt year round in Wyoming, even during the off-season. So, when Clayvin Herrera decided to hunt in Bighorn National Forest in 2014, he had every right to hunt there.

Wyoming charged Herrera for illegal hunting and he was convicted. But he challenged the charge all the way to the Supreme Court, which took up the issue.

The state argued that the 1868 treaty was invalidated as soon as Wyoming became a state, therefore invalidating any rights that members of the Crow Tribe had negotiated with the United States. The court majority disagreed.

Yes, you read that right. Justice Neil Gorsuch bucked his fellow conservatives on the bench and joined the liberals to deliver the 5-4 ruling.

“Congress ‘must clearly express’ any intent to abrogate Indian treaty rights,” Sotomayor wrote. “There is simply no evidence that Congress intended to abrogate the 1868 Treaty right through the Wyoming Statehood Act, much less the ‘clear evidence’ this Court’s precedent requires. Nor is there any evidence in the treaty itself that Congress intended the hunting right to expire at statehood, or that the Crow Tribe would have understood it to do so.”

Gorsuch deserves credit and praise for finally making a right decision on the bench. The question is will we ever see him make another one?

For now, Native Americans have something to celebrate.