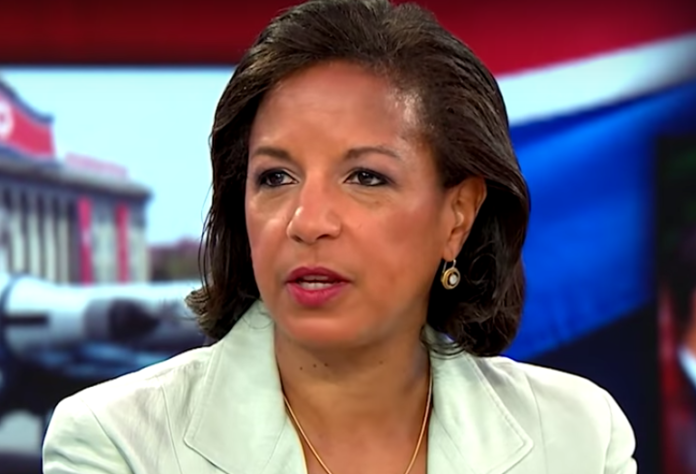 Former Ambassador to the United Nations Susan Rice penned an op-ed on Sunday berating President Donald Trump’s foreign policy as just a series of moves designed to rile up right-wing extremists to the benefit of his re-election campaign instead of doing what’s right for America.

Trump has been catering to right-wing extremists since taking office, even going so far as to shrug off white nationalist terrorism as no big deal and calling them “very fine people.”

His kowtowing to Russian dictator Vladimir Putin, whom right-wing extremists love, and his repeated attacks on Mexico and Central America as well as his sucking up to Israeli Prime Minister Benjamin Netanyahu only serve to gin his supporters up into a frenzy as they are literally watching Trump put their worldview into action.

In her op-ed for the New York Times, Rice called out this pandering.

Mr. Trump welcomes and encourages Russia, a hostile adversary, to interfere in our elections so long as the manipulations benefit him. He discards decades of bipartisan policy on the Israeli-Palestinian conflict to curry favor with Prime Minister Benjamin Netanyahu of Israel, and thus right-wing political support. The president follows a basic, if unorthodox, playbook: He and his party over our country.

Rice laid out Trump’s refusal to confront Russian interference with our elections and meddling with Venezuela, but warned that his right-wing foreign policy is “counterproductive” and only helps himself at the expense of our own national security and reputation on the international stage.

“Playing to these same die-hard supporters is also the only explanation for the president’s most ill-conceived, counterproductive policy toward the Western Hemisphere,” she wrote.

“Plenty of presidents before Mr. Trump have made serious, sometimes catastrophic foreign policy mistakes; but, few, if any, decided almost every aspect of foreign policy on the basis of what would help him get re-elected,” she continued. “Our previous commanders-in-chief conducted policy to advance their vision of the national interest. And until recently, we had two parties in Congress that mostly put country first.”

“No longer,” Rice concluded. “The Republican Party has largely abdicated its responsibilities in favor of the whims of a president guided solely by personal and political interests, even in executing the most sacred and solemn duty of the office — to keep America safe.”

In the end, Trump will get the white nationalist support he craves, but he’ll alienate everyone else in the process. And even if right-wing extremists get what they want, America will no longer be a country. We’ll be a joke with no standing in the world. And our enemies will have defeated us from within.