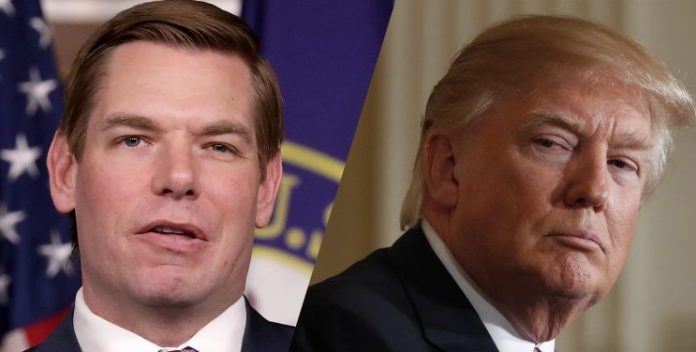 While most of the headlines surrounding the ongoing investigations into the 2016 election have focused on Russia, a member of the House Intelligence Committee said Thursday that it would be “naive” to think that Trump is financially beholden to only Russia.

“We are going to take an MRI to any Russian financing that the Trump Organization and the president may have had. But we are not going to be so naive to assume that he’s faithful to the Russians. There may have been other countries who have tried to financially influence him.”

There have been suggestions that Trump may have financial ties to Saudi Arabia and UAE. The president has been especially cozy with the Saudis, making his first state visit to the kingdom and repeatedly defending Saudi Crown Prince Mohammed bin Salman, who is believed to have played a role in the murder and dismemberment of Washington Post reporter Jamal Khashoggi, who was assassinated at the Saudi Arabian consulate in Turkey last year.

On Wednesday, the chairman of the House Intelligence Committee, Adam Schiff (D-CA) announced the committee would be expanding its investigation of the president and his business interests.

The committee is said to be particularly interested in large cash purchases Trump made in the decade before he ran for the White House. As the Washington Post first reported last May:

“Trump’s company spent more than $400 million in cash on new properties — including 14 transactions paid for in full, without borrowing from banks — during a buying binge that defied real estate industry practices and Trump’s own history as the self-described ‘King of Debt.'”

At the time of those purchases, Eric Trump remarked that his father “had incredible cash flow and built incredible wealth … He didn’t need to think about borrowing for every transaction. We invested in ourselves.”

Was that money being laundered from sources such as Russia, Saudi Arabia, and other nations that may have wanted to influence U.S. foreign policy? The intelligence committee will try to determine if the president’s company did indeed launder money, according to Swalwell:

“Without knowing whether Mueller is investigating money laundering through the Trump Organization, we do have the ability to look at whether that has occurred or is ongoing, and we are going to fulfill that responsibility.”

No wonder President Trump threatened Congressional investigators during his State of the Union address Tuesday evening. He’s terrified of what they might find.