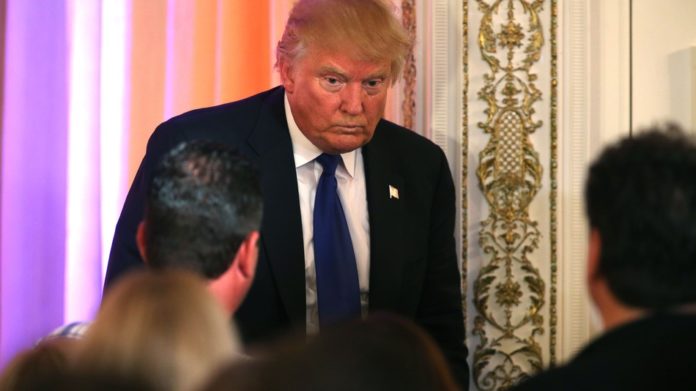 President Donald Trump violated international law by recognizing the Golan Heights territory for Israel on Thursday, a move that has inflamed the Middle East and drawn condemnation around the globe.

The Israelis illegally seized the Golan Heights from Syria in 1967 and have been occupying it ever since, annexing it in 1981.

The territory lies just east of Lake Tiberias and extends north to the border of Lebanon.

Here it is on a map: 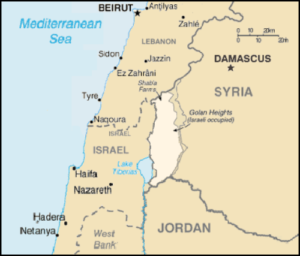 Despite the occupation not being recognized internationally, Trump declared on Twitter that the disputed territory belongs to Israel and claimed that doing so will result in “regional stability.”

After 52 years it is time for the United States to fully recognize Israel’s Sovereignty over the Golan Heights, which is of critical strategic and security importance to the State of Israel and Regional Stability!

But all Trump did is create regional instability, not to mention anger from allies and enemies alike.

Russia, an ally of President Bashar al-Assad with forces in Syria, said Trump’s comments risked seriously destabilizing the region, and it voiced hope the statement was just declaratory.

Iran, Assad’s main regional ally and which also has forces in Syria, condemned the statement as illegal and unacceptable.

Turkey, a U.S.-allied state and an adversary of Damascus, said the statement had brought the Middle East to the edge of a new crisis and the legitimization of the occupation of the Golan Heights could not be allowed.

“The European Union, in line with international law, does not recognize Israel’s sovereignty over the territories occupied by Israel since June 1967, including the Golan Heights and does not consider them to be part of Israel’s territory,” an EU spokeswoman said.

The Arab League, which suspended Syria in 2011 after the start of its civil war, said Trump had paved “the way for official American recognition” of Israeli sovereignty over the Golan and called this “completely beyond international law”.

Egypt, which made peace with Israel in 1979, said it still considers the Golan as occupied Syrian territory.

As for Syria, the Russia-backed government also condemned Trump’s statement and vowed to regain the territory.

“The Syrian nation is more determined to liberate this precious piece of Syrian national land through all available means,” the Syrian government said.

So, Trump’s declaration only resulted in rising tensions in a part of the world that is already a powder keg ready to explode. It also doesn’t help that this declaration follows Trump’s earlier 2017 declaration to recognize East Jerusalem as belonging to Israel and declaring Jerusalem as the Israeli capital, which is also not recognized by the international community.

The Golan Heights and East Jerusalem are disputed territories that do not belong to Israel. If any other nation had seized territory like this, they would be condemned and would lose all support. And Trump’s move may motivate Russia to seize more territory for itself as well. After all, if Israel can do it, why not Russia and any other nation that wants to expand their borders against international law?

There’s a reason why international law exists. It exists to prevent conflict. Flouting it only weakens it and creates the conditions for increased conflict and war. That’s what Trump did this week and any resulting conflicts and unrest are his fault.