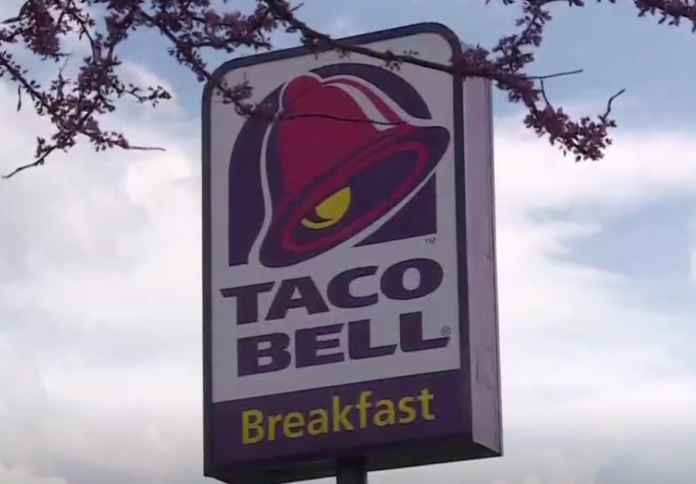 A Taco Bell in Louisville, Kentucky is under fire this week for discriminating against homeless customers after a kind woman brought them to the restaurant and purchased meals for them.

Homelessness is an increasing issue in our society as the rich get richer and the poor get poorer. Some states and cities are going so far as to criminalize the homeless, which states and cities do by punishing them with laws restricting them from eating, sleeping and other life-sustaining activities. Police will even go so far as to pour bleach on perfectly good food rather than allow a good citizen to give it away to feed a person in need.

While driving on Tuesday evening, Shannon Gridley noticed some homeless people under an overpass. So, she invited them out for dinner, an extraordinary act of kindness that should be praised and copied.

“It’s a very common place for the homeless to congregate there,” Gridley said. “I parked my car, I walked up to them and I said, ‘are you hungry?’ and they said ‘yes, we are.'”

Gridley took the group to a local Taco Bell and generously ordered meals for them on her dime. But instead of praise, the employees at this Taco Bell demanded the group leave, including those who had already received their meals.

“A cashier comes out and says, ‘if you got your food you have to leave, and I said we can’t sit down?'”

Gridley asked to speak to the manager, but no manager showed up. The restaurant even closed off the bathrooms, thus preventing the homeless customers from washing their hands (even before they ate, like everyone’s mother told them to). Adding insult to injury, the cashier allowed other customers to skip to the front of the line to place orders ahead of them.

“It is dehumanizing,” Gridley said. “They wouldn’t even let them in the bathroom to wash their hands before they eat. It was purely because they’re homeless that they were being discriminated against. They need more sensitivity training. I’m not asking for special treatment, I’m asking for humane treatment.”

Indeed, Gridley was willing to pay for all of their meals, it’s not like she asked Taco Bell to provide free meals, although the corporation that owns Taco Bell and other restaurants could certainly afford to do it. Also, there are no accounts of any of the homeless being anything but well-behaved and polite.

In a statement, Taco Bell said that the employees at the Louisville establishment would be re-trained and that the franchisee will try to work with organizations in an effort to help the homeless.

Taco Bell is committed to creating a space that’s welcoming and safe for all people, while maintaining an environment free of discrimination or harassment. The franchise organization that owns and operates this location is looking into the matter and will be proactively re-training its team members on its policies. Knowing that homelessness is an unfortunate issue in this area especially, the franchisee looks forward to connecting with local organizations to see how they can help and work better together in the future.

Here’s the video via WHAS11:

It’s sad that the homeless are treated this way, especially in a supposedly “Christian” society that preaches the word of Jesus Christ only to turn their backs on the very homeless people Jesus would have happily fed for free. Even more disgraceful is that many of the homeless are military veterans.

This should outrage every American and result in a war on poverty the likes of which our country has never seen before. Because dealing with wealth inequality, poverty and mental health is the only way we can end homelessness once and for all.