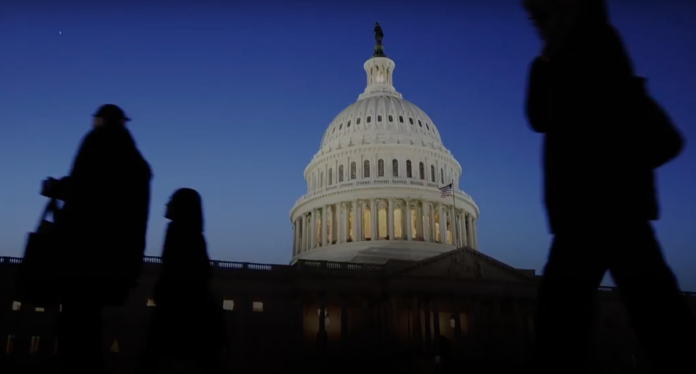 Provisions to prevent Congress from using taxpayer funds to settle with victims of sexual harassment and to make such settlements public may have been stripped from a new government spending bill at the last minute. Senator Kirsten Gillibrand (D-N.Y.) introduced the Congressional Harassment Reform Act with bipartisan support last December.

Now she’s disgusted that Congress backed out, even though the provisions passed unanimously in the House, and had significant support in the Senate, with 30 co-sponsors.

“I am appalled that House and Senate leadership removed provisions from the omnibus bill at the last minute that would have finally brought accountability and transparency to Congress’s sexual harassment reporting process.”

If the Congressional Harassment Reform Act isn’t passed through the spending bill, the chances of having it land on Trump’s desk diminish, but Gillibrand is calling on Senators to bring it to an immediate vote on its own. Gillibrand said:

“It begs the question: Who are they trying to protect? I can’t think of any legitimate reason to remove this language other than to protect members of Congress over taxpayers and congressional employees.”

Think Progress noted that Senate Majority Leader Mitch McConnell (R-Ky.) spokesman claimed the provisions were never added to the spending bill in the first place. Meanwhile, the spending bill deadline is Friday, and if it’s not passed, America will witness another government shutdown.

“The House bill as passed would require lawmakers to pay for both sexual harassment and discrimination settlements out of pocket. But Senate Democrats want to nix the discrimination provisions, a “dramatic weakening of the bill.”

One Senior Democratic aide said they had no issues with the discrimination language, but another aide said they preferred to keep the “broader” language as it was stated in the already passed House version of the bill.

If the disagreements about changes to Capitol Hill’s workplace misconduct system aren’t worked out immediately, then it is likely Gillibrand’s bill will be stalled. Congress would disgustingly still be able to use taxpayer funds to pay sexual harassment claims, while victims would have to seek counseling and mediation before they could even pursue claims against offending government officials.

See more about the Congressional Harassment Reform Act below:

I’m calling on my colleagues to reform how Washington handles sexual assault and harassment. Right now, taxpayers are on the hook for the cost of politicians’ settlement payments, and the current process to report harassment discourages anyone from speaking up. Enough is enough. pic.twitter.com/jmLlhKSs0J

See more in the video from Carbonated.TV below: