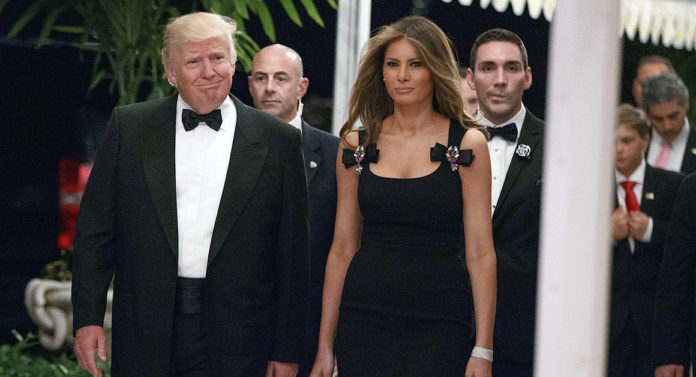 Although he says he won’t be attending the New Year’s Eve party being held this year at his Florida resort, Mar-a-Lago, President Donald Trump has already made sure that American taxpayers are helping pay for the scheduled soiree.

HuffPost reports that Grimes Events & Party Tents Inc. of Delray Beach, Florida, was paid $54,020 for “tent rental” according to spending reports that were originally obtained by Quartz. An employee for Grimes told Quartz:

“We are providing tents for the Mar-a-Lago New Year’s Eve party, yes.”

Walter Schaub, who served as United States Office of Government Ethics, called the expenditure “shameless” in light of the ongoing government shutdown caused by President Trump’s insistence on billions for a border wall:

We are paying for security for the Mar-a-Lago New Year’s Eve party during the Trump shutdown. Secret Service can continue providing essential security during a lapse of appropriations, but it’s Trump who decides that govt officials need to be at his for-profit event. Shameless! https://t.co/gGDkpL3A5X

In addition to the money for tents, it appears you’ll also be providing your hard-earned taxpayer bucks for “Generators and light towers rental for MAL.” $41,000 was paid for those, also on December 19.

And it that’s not bad enough, consider that Trump will make money from his New Year’s Eve party, whether he makes an appearance or not. HuffPost notes:

So, while taxpayers help provide basic services (tents, light, security) for the party, Trump is going to rake in some nice money as a result. At a thousand bucks a pop, Trump is likely to turn a tidy profit off his gathering.

Earlier today, the president tweeted out that Democrats needed to make a deal with him and end the shutdown. But, as usual, he refused to compromise, demanding billions for his wall.

If we’re lucky, 2019 will be the last year we have to tolerate this kind of crap. Robert Mueller, we’re counting on you.