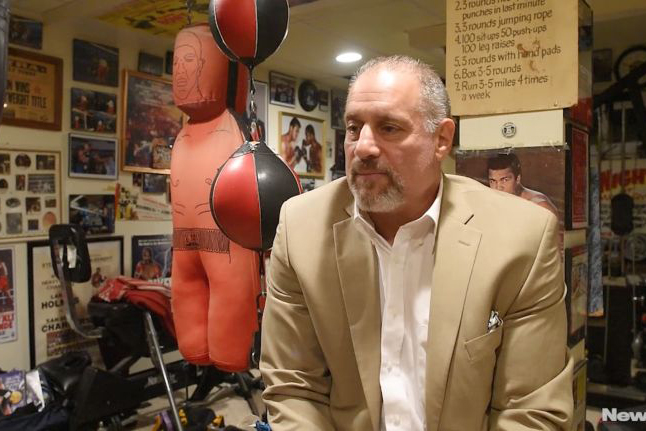 A teacher in New York state has been suspended following a Facebook post in which he claimed to have failed two students for refusing to stand during the Pledge of Allegiance over a decade ago.

“These kids failed themselves,” said Steven Solomon, who has taught in the school district for over 30 years. The post has, of course, since been deleted. Facebook users reported it after becoming upset that the students implicated were referred to in the post as “suckers” and “unpatriotic.”

How mature of Solomon. Ten years later and he still hasn’t let go of his power trip.

“They had a 63 or 62…less than passing. They did not stand for the pledge. That was part of the component, and it’s the teacher’s discretion at that point whether they want to pass them or not. But if a kid doesn’t stand for the pledge, who said he doesn’t care if these military people live or die, who doesn’t respect his peers and is a discipline problem in the classroom – why should I reward this kid?”

Solomon argues that his words are being misconstrued based on the current political climate surrounding the Pledge of Allegiance and protests by athletes against racism and police brutality.

But isn’t that precisely the problem? Americans are entitled to our right to protest under the Constitution. According to our written values, peaceful dissent is supposed to be not only tolerated but also viewed as honorable. That right to choose how we honor and how we protest is under fire in our current political climate.

And a decade ago, Solomon did those students a disservice when he led them to believe that being a respectable American means staying silent, obeying orders, and fitting perfectly into the mold of our educational system.

A man responsible for the education of our youth should know better.

The school district has since taken it upon themselves to suspend Solomon while they decide what to do with him. Other schools haven’t shown much support in similar cases. Let’s hope he learns his lesson.