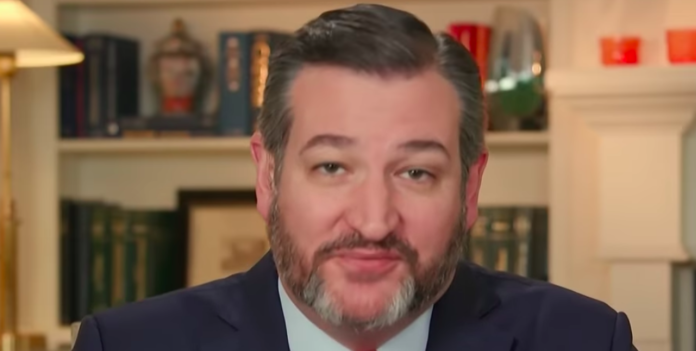 Texas GOP Senator Ted Cruz thought it would be just fine to compare himself to civil rights pioneer Rosa Parks in a lawsuit he’s filed against the Federal Elections Commission (FEC).

Yeah, because Senator Cruz has so much in common with the woman referred to as “the mother of freedom movement,” doesn’t he?

The lawsuit, according to BuzzFeed involves a well-established FEC rule which states that candidates can only reimburse themselves for a set limit:

“(Cruz) is suing to get rid of limits on how much he can reimburse himself for his campaign against Beto O’Rourke.”

More specifically, Cruz loaned his campaign $260,000, but can legally only reimburse himself $250,000. Yes, Cruz is such a cheapskate that he filed a lawsuit over $10,000, which is probably pocket change for him.

Even more disgusting is that Cruz claims in the lawsuit that telling him he can only reclaim $250,000 is like telling “Rosa Parks [to sit] in the back of the bus.”

In a court filing, Ted Cruz says the rule that he can withdraw only $250,000 from his campaign is like telling “Rosa Parks [to sit] in the back of the bus.” pic.twitter.com/NeFwGf3511

Reaction on Twitter was as you might expect, and it did not go well for the senator. Take a look:

How freaking dare he?

The self-entitled want and need so badly to be victims, downtrodden, marginalized. Comparing himself to Parks is his little privileged temper tantrum. I’m sure he’s been persecuted, just like Jesus.

WTF is the deal with right-winged racists comparing themselves to people like MLK & Rosa Parks?! Do they think it makes them look less racist? It totally doesn’t.

Just when you thought Ted Cruz couldn’t be more of a Ted Cruz than he already was, he goes & out-Ted Cruzes himself.

There is nothing conservative Christians crave more that oppression and victimhood. They want it so badly they can taste it.

Like Rosa Parks, is Cruz willing to go to jail as a matter of principle?

Here’s a tip for Ted Cruz, free of charge since he’s clearly in such dire financial straits: Next time you want to compare yourself to a civil rights pioneer, do yourself a favor and just slam your fingers in your desk drawer instead.