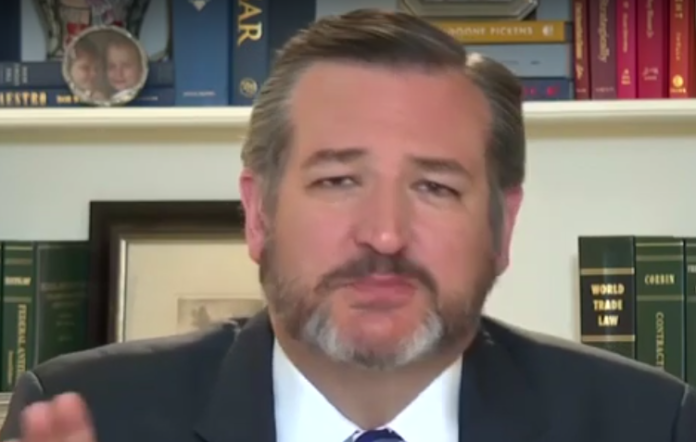 Senator Ted Cruz (R-Texas) accused Democrats of wanting to impeach President Donald Trump regardless of the basis during an interview on CNN Sunday.

Special Counsel Robert Mueller’s report has not been released to the public, so we really don’t know what it says. But Cruz is already declaring that Trump has been vindicated and claimed that Democrats are on a “fishing expedition” to take Trump down for any reason.

“I’m concerned that it may have become a fishing expedition,” Cruz said of Russia investigation. “We’ll see when we see the report — we’ll see what’s in the report.”

Cruz also thinks the report should be released but CNN host Dana Bash asked if Republicans are prematurely celebrating despite not seeing the contents yet.

“We do know that there are other investigations going on elsewhere in the Justice Department into the president’s businesses, his inaugural committee, charitable foundation,” Bash said. “Are Republicans right to be popping the champagne right now? I’m not saying you are, but others are, or is it premature?”

Cruz claimed that these other investigations, many of which were farmed out to other federal prosecutors by Mueller, are a Democratic conspiracy to take Trump down.

Democrats want to see the full report because it’s possible Mueller chose not to indict Trump because the Justice Department said he can’t. The report may also contain evidence against Trump. Furthermore, these other investigations were triggered based on evidence uncovered by Mueller’s team and former Trump lawyer Michael Cohen’s testimony in Congress and his cooperation with federal prosecutors.

Bash pointed out that it’s Trump’s own Justice Department that is running these investigations, not Democrats, which caused Cruz to snap that Democrats are “going to impeach the president for being Donald Trump.”

Bash called Cruz out for making a “red herring” argument because the Justice Department controversially says Trump can’t be indicted. If the Mueller report concludes that Trump committed crimes, the only avenue available is impeachment.

But Cruz continued to insist that there’s no basis for impeachment even though he hasn’t seen the report.