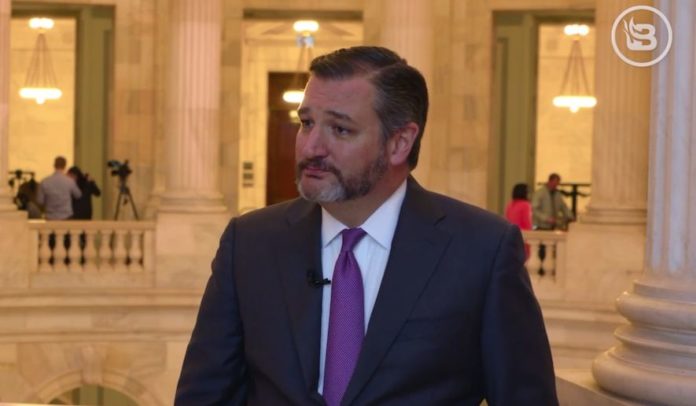 After three doctors fact-checked an anti-abortion video for making false claims about the procedure, Senator Ted Cruz (R-Texas) and other conservative lawmakers cried bias to force its removal.

Anti-abortion zealots will say anything to bash abortion in their crusade to criminalize it, even making false claims such as saying that it’s “never medically necessary” as anti-abortion zealot Lila Rose of Live Action claimed in a video last month arguing that doctors could just deliver a fetus early as an alternative.

But it turns out that there are many medical reasons why abortion is a necessary procedure, which is why three doctors fact-checked the video using medical science.

“Certain medical conditions such as placenta previa and HELLP syndrome can make abortion a necessary medical procedure in order to prevent the mother’s death,” the doctors wrote before turning to Rose’s claim about early delivery.

“Preserving both the life of the mother and child by inducing early delivery, as the video suggests, is only possible if the fetus’ gestational age is advanced enough that it stands a chance of survival outside the womb,” they wrote. “As this is not always the case, early delivery is not always a suitable alternative to abortion.”

The gestational age the doctors reference is 24 weeks.

The facts presented by the doctors are supported by institutions such as the American College of Obstetricians and Gynecologists.

As a result, social media was forced to inform users that the videos contained false claims. Of course, this enraged Cruz and other conservative lawmakers, who then used their new tactic of crying social media bias and claimed that the doctors are untrustworthy because two of them are associated with pro-choice organizations.

And so, social media removed the fact-check and is allowing the misleading anti-abortion video to remain in circulation.

Dr. Daniel Grossman, an obstetrics and gynecology professor at the University of California, fired back in a statement that his association with NARAL Pro-Choice America does not change the medical science he cited to fact-check the video.

“If the question were about cardiac care, we would expect the answer to come from a well-respected cardiologist, and this should be no different,” he said.

He’s right. If anyone is qualified to speak on abortion, it’s Grossman. He’s a medical professional and a widely respected one.

Grossman also warned that this action by social media is dangerous.

“It is very concerning that a letter from a group of senators can silence the voices of medical and scientific experts,” he said. “This sets a precedent where politics matter more than scientific evidence.”

The third doctor, Alexis Shub, from the University of Melbourne Department of Obstetrics and Gynaecology, has no connections to a pro-choice organization and she also slammed the video for spreading lies.

“There is no doubt that abortion is necessary to save the life of a woman when she is at a previable gestation, usually before 23 or 24 weeks, or has a very growth-restricted fetus at a slightly later gestation, for example with a 300-gram fetus at 24 or 25 weeks, and the mother has a life-threatening condition which can only be improved by delivery,” Shub said. “This can occur in the context of severe pre-eclampsia or eclampsia, with bleeding from placenta previa or abruption, or with preterm ruptured membranes with infection (chorioamnionitis). This was demonstrated very clearly in the widely reported case of Savita Halappanavar. Savita was a 31-year-old woman living in Ireland who developed infection after her waters broke at 17 weeks. Termination of pregnancy was refused by her treating doctors, in the interests of preserving the life of the fetus, and she died the next day.”

Make no mistake, this is a war on information being perpetrated by conservatives. Lila Rose is not in any way a doctor, nor is Cruz. Therefore, their opinion is invalid when it comes to medical procedures such as abortion. If anything, social media should have removed her video and stood firm behind the fact-check provided by medical professionals. Instead, it cowered to the demands of conservatives like Ted Cruz.