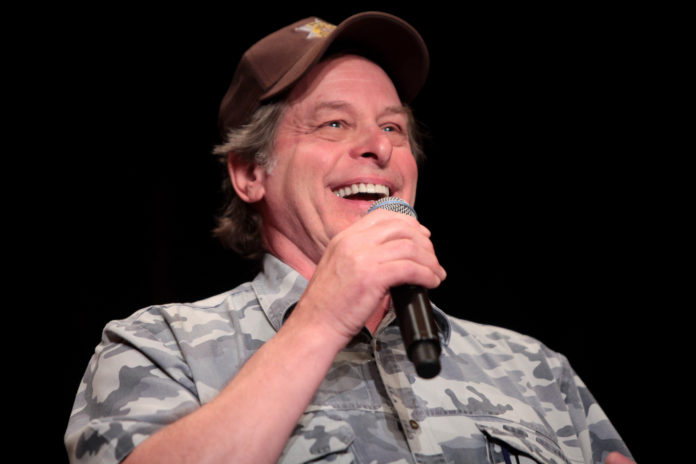 If you thought you’d heard all of the offensive things right-wing media and commentators could possibly say about the brave young student survivors from Marjory Stoneman Douglas High School in Parkland, Florida, washed-up rocker Ted Nugent took the insults to a new low this week.

Appearing on The Joe Pags Show, Nugent was asked what he thought about the young activists who are calling for sensible gun reform in the United States. Nugent commented:

“The dumbing down of America is manifested in the culture deprivation of our academia that have taught these kids the lies, media that have prodded and encouraged and provided these kids lies. I really feel sorry for them because it’s not only ignorant and dangerously stupid, but it’s soulless. To attack the good law-abiding families of America when well known predictable murderers commit these horrors is deep in the category of soulless. These poor children, I’m afraid to say this and it hurts me to say this, but the evidence is irrefutable, they have no soul.”

Nugent, who declared in 2017 that it was time to tone down the “hateful rhetoric” he blamed for the shooting of Rep. Steve Scalise (R-LA), was far from done attacking the Parkland survivors and pimping for the NRA:

“The level of ignorance goes beyond stupidity. Again, the National Rifle Association are a bunch of American families who have a voice to stand up for our God-given Constitutionally-guaranteed right to keep and bear arms. We have no blood on our hands. No NRA member have ever been involved in any mass shootings at all, in fact the National Rifle Association is the lone organization that has taught firearm safety in schools, and for law enforcement, and for military, and for children’s organizations and family organizations around the country for 100 years.”

The NRA has no blood on its hands? Please! That’s a level of ignorance unsurpassed in modern American history.

Ted Nugent, the NRA, Fox News, and everyone else who has found it necessary to attack these young people are cowards. They’re also terrified of the Parkland survivors, so they want to try and minimize them. But the kids are winning, and so is their message.