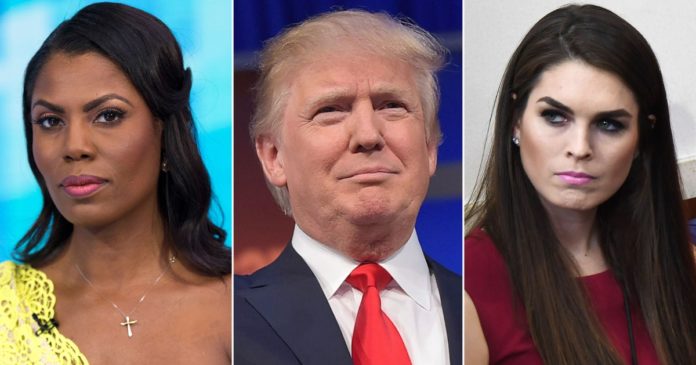 As Special Counsel Robert Mueller moves closer to the Oval Office, a government shutdown drags on, the stock market tanks, and President Trump’s poll numbers continue to crater, Trump is said to be worried more about what former aides and advisers are going to say that may embarrass him.

According to a new report from The Daily Beast, Trump is obsessed with what ex-staffers may reveal, especially as he’s getting ready to crank up his re-election effort:

“As the 2020 campaign rapidly approaches, Trump is surrounded by ex-officials and former friends eager, willing, or motivated to air dirty laundry. The list includes jilted advisers, former senior officials, ex-Cabinet members, once-loyal lawyers, and chiefs of staff. Some have already spoken out against the president, others have signaled their plans to do so, and even more are regarded as potential trouble down the road.”

Trump is said to be “terrified” whenever he hears a new tell-all book is about to be published:

“A source close to Trump says that he becomes noticeably ‘terrified’ and irate whenever he hears of a negative book on him about to drop, whether authored by a former associate or an established journalist. The president often obsesses over the media coverage of these published works, and directs his lieutenants to wage war on the writers and the credibility of the work itself.”

And with 2020 just around the corner, Trump’s fear would seem to be justified, because the proliferation of exposes from those who worked in Trump’s orbit could wind up being devastating:

“It’s not just books that Team Trump has to worry about. Two of Trump’s political advisers say they view the growing list of allies-turned-foes as a political liability, and predict some will be ‘seeking revenge’ against Trump come campaign season.”

The Ads ‘Practically Write Themselves’

Imagine Democrats using some of these former staffers to cut campaign TV spots in which Trump is repeatedly vilified as incompetent, out of control, deranged, and incapable of being president:

“For Democrats, the prospect of these same individuals amplifying these criticisms during the heat of the presidential campaign is viewed as the equivalent of electoral nirvana. The television ads (‘I served with Donald Trump and let me tell you, he’s doesn’t deserve re-election’) practically write themselves.

“‘I think having people who have served in his administration reinforcing the aspects of Trump that most alienate and turn him off will likely push them to vote for as Democratic candidate, presuming we have a credible candidate there,’ said Joel Benenson, who helped run Hillary Clinton’s presidential campaign.”

Stuart Stevens, who helped run Mitt Romney’s 2012 presidential campaign, says that former Trump advisers could wind up being the president’s Achilles heel in the months ahead, especially if they line up being whoever wins the Democratic nomination:

“In my view, it would only have impact if [these former Trump hands] backed the Democratic nominee. Republican primary voters could care less. A sort of Swift Boat campaign of those who served with him could be powerful to voters in play in a general election.”

In other words, when the karma finally comes around to pay a visit to Donald Trump, it’s going to take one hell of a bite out of his posterior.