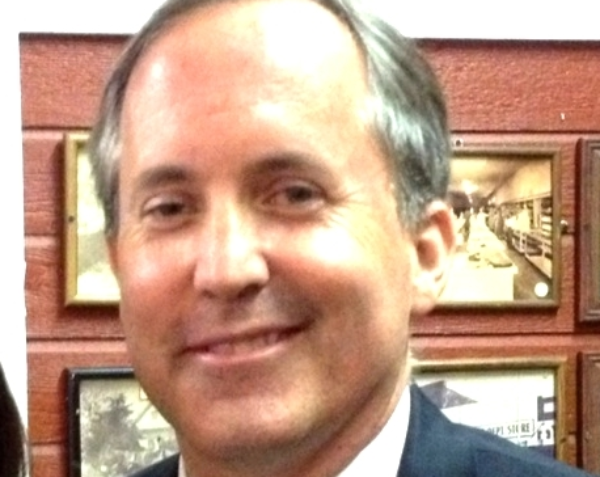 In the wake of two deadly mass shootings in Texas just weeks apart in which over 20 people have been murdered, it has been revealed that Texas Attorney General Ken Paxton has been sitting on violent threats against the Hispanic community by a gun owner.

Ralph Pulliam is a gun owner who has spent months sending emails to Paxton’s office threatening to shoot and kill Hispanics in San Antonio, which he is accusing of being a “sanctuary city.”

“We will open fire on these thugs,” Pulliam, a white man, said in one of the many emails. “It will be a bloodbath.”

As Attorney General, Paxton’s top priority should be the safety of the public and the prevention of terrorist acts. Yet, he has done nothing about these threatening messages, including failing to forward them to the police.

This is particularly galling because a white nationalist killed 21 people in El Paso after making similar threats against immigrants, even going so far as to drive hundreds of miles to the border town to commit his act of terrorism.

In fact, police have been repeatedly called to Pulliam’s home to investigate him, but he has yet to be arrested or even have his guns taken from him.

That’s because police had no evidence that he committed a crime.

Had Paxton handed over these threats long ago, police would have finally been able to build a case.

Now they can because a reporter made the police aware of Paxton’s dereliction of duty.

“Since you’ve made us aware of those threats, our fusion center and our mental health unit have reached out to the AG’s office and are trying to work something to make a case against Pulliam,” Sargent Michelle Ramos said. “They’re going to investigate that.”

Seriously, had Pulliam followed through on his threat, Paxton would have blood on his hands for failing to do something about the threats. Had they been threats against him, you can be damn sure he would have reported him to police. But because Pulliam is a white gun owner who threatened to kill Hispanics, Paxton apparently did not see anything wrong, and that as good as outright endorsing Pulliam’s threats.

“These messages are clearly threats of deadly force against San Antonians based solely on the color of their skin,” Texas state Rep. Trey Martinez Fischer wrote in a letter blasting Paxton. “It is deeply alarming to me that despite the large volume and explicit nature of the messages from Mr. Pulliam, the Office of Attorney General has taken so long to cooperate with local law enforcement.”

Indeed, Paxton should be investigated for this irresponsible behavior and, frankly, he should lose his job.

“Texas Republicans have known about this white supremacist threatening to kill Latinos for over a year, and yet, they did nothing about it,” Garcia wrote. “This individual has threatened a mass shooting more than 100 times and emailed Republican lawmakers about his plans. It is absolutely outrageous that this man is allowed to own guns and even more dangerous that Republicans did nothing to stop him. Abbott, Paxton and the Texas Republican establishment continue to do nothing to keep our families safe. This is exactly why Texas needs an emergency special legislative session to combat gun violence and end hate crimes.”

Texas has some of the loosest gun laws in the nation. In fact, just days after the mass shooting in Odessa, laws went into effect allowing open carry basically everywhere, making it easier for gunmen to commit shootings and harder for people to identity who is a potential threat.

Basically, nuts like Pulliam could carry their guns anywhere to intimidate others. And you can be sure that Paxton and other Republican leaders in Texas won’t do a damn thing to stop it.