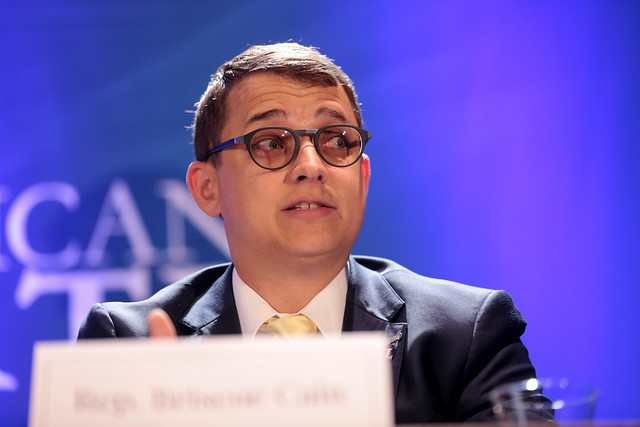 This week, Austin, Texas, became the first city in the country to approve public funding for abortion services, allocating $150,000 to family planning providers such as Planned Parenthood, according to The Texas Tribune:

“The Austin City Council on Tuesday amended next year’s budget and set aside $150,000 to supplement incidental expenses like travel, lodging, and childcare for women seeking the procedure. The money will not go directly toward the expense of the procedure itself.

“The amendment comes just days after a new state law prohibiting local and state governments from giving taxpayer dollars and some public resources to abortion providers and their affiliates went into effect. Senate Bill 22 was partially a legislative reaction to Planned Parenthood’s $1-per-year lease for its East Austin clinic, which abortion opponents called a ‘sweetheart rent deal’ with the city.

As you might expect in a state as conservative as Texas, the move the Austin City Council didn’t sit well with everyone, with Nicole Hudgens, policy director at the anti-abortion group Texas Values, remarking:

“It is appalling the city of Austin doubled-down on its policies to ‘save the trees, kill the children.”

And then there was the reaction from Texas state Rep. Briscoe Cain (R) who said the state legislature should abolish the city government of Austin, making his suggestion on Twitter:

It’s past time that the #txlege abolish the City of Austin and make it a capital district like that of D.C. (residents retain state lege districts; Lege gets supreme authority over mayor and council) https://t.co/aGfcvfXqZJ

Cain was soon confronted with reminders on social media that his idea was nothing short of hypocritical, not to mention ridiculous:

The GOP: “We need the 2nd Amendment to defend ourselves from government overreach!”

Also the GOP: “We, the government, should make this city bow to us”

This is the Republican way, folks.

I suppose if there’s a positive to come out of the Trump nightmare, it’s that garden variety conservative assholes – like this guy – say the quiet parts out loud.

Cain issued this amazingly uninformed retort to his critics:

America is a Republic not a democracy.

That also drew howls of laughter and outrage:

Here’s a conservative legal scholar debunking this foolish notion. America is a representative democracy, not a direct democracy. Every other democracy in the world is the same way regardless of whether it’s a constitutional monarchy or a republic like us https://t.co/YyakMol4E7

My dog is a Mastiff, not a canine.
I don’t drive a car, I drive a Chevrolet.

See how stupid that sounds?

Besides being an approved talking point, and entirely irrelevant to the discussion, I strongly suspect you have no idea what that statement means.

The idea that a republic should be able to forcibly take away representation from cities is morally and intellectually bankrupt on a level that permanently destroys your credibility.

They don’t know what the words mean, they just say them to ‘own the libs’