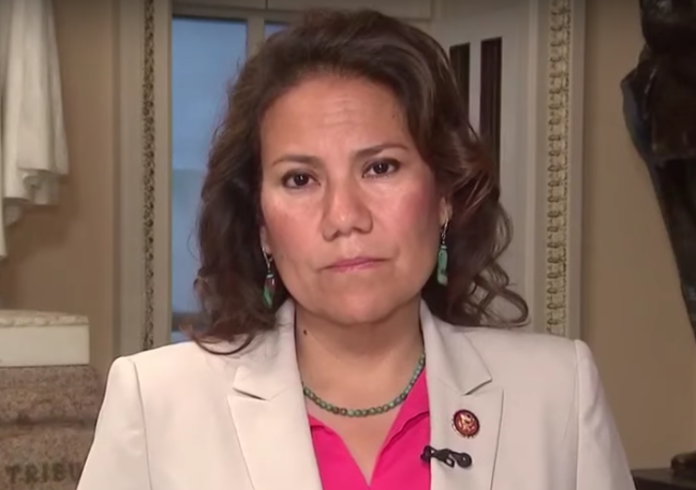 After President Donald Trump’s incendiary remarks about immigrants and the border on Wednesday during yet another rally, Rep. Veronica Escobar (D-Texas) rebuked Trump’s addiction to hate on Morning Joe Thursday.

During his Florida rally, Trump compared Central American migrants to an “invasion” and lamented that the military can’t shoot them and even chuckled when one of his supporters called for killing them.

The hate and bigotry flowed freely at the rally, and it absolutely disgusted Escobar, who represents a district on the southern border.

“It made me very, very sad, very sad for our country,” Escobar said. “We are at such a moral rock bottom and that we have a president who has created an addiction to hate, an addiction to bigotry and he uses every opportunity he can to feed and grow that addiction. We are in so many crises, we are juggling as Americans so many different crises. This moral crisis is very painful to watch unfold.”

Indeed, desperate asylum seekers are being denied due process. Their children are being taken away from them and locked in cages and there are even concentration camps holding migrants now in terrible conditions. Kids are dying. And Trump continues to refuse to beef up border personnel to handle the numbers because he doesn’t actually want to alleviate the problems. He wants chaos. And that’s why he transferred Border agents from ports of entry.

“Their decision to move Customs and Border Protection agents from our ports has created a semi-shutdown at our border, at our ports of entry on the economic side, on the trade side,” Escobar said. “That’s one example when you’re thinking, is there any common sense here? Why wasn’t there any strategy or planning for this?”

“You take a look at the judicial side, you have a Department of Justice that still has an iron grip on its judges and a president that has stalled funds for new judges and for the ancillary personnel that they need,” she continued.

Escobar then observed that it doesn’t matter how many resources Congress appropriates, Trump will make sure they don’t get used so he can continue using his manufactured crisis to his political advantage.

“It’s hard not to be cynical about this and think that no matter how many resources we appropriate, we have an administration that wants to exacerbate a challenge so he can laugh when people say ‘shoot them,’” she concluded.