The United States Blues
Home Politics Congress Texas GOP Congressman: Trump’s claim of a ‘crisis’ on the border is... 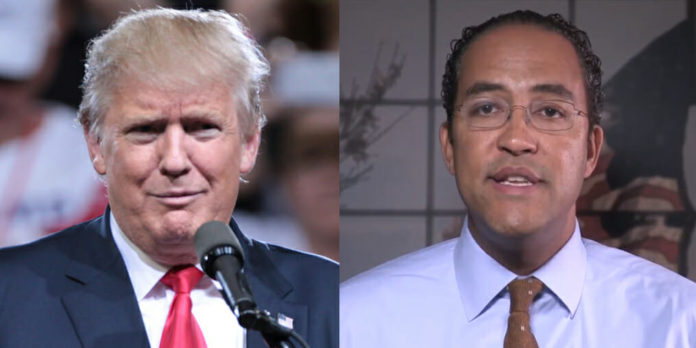 During his White House address Saturday afternoon, President Donald Trump once again reiterated a familiar line: There’s a crisis on the Southern border that can only be solved by building a multi-billion dollar wall.

But Rep. Will Hurd (R-TX), who represents a district that includes more than 800 miles on the border separating the U.S. and Mexico, says Trump’s claim of a “crisis” on the border is a “myth.”

In an interview with Rolling Stone, Hurd noted:

“I think $67 billion of drugs coming into our country is a crisis. Now, I also think when you think of a crisis, that means people are afraid to leave their homes, right?”

If the president gets his way and builds a wall, Hurd warned, large sections of the U.S. would essentially have to be cut off from the mainland and given to Mexico:

“In my district alone there’s the potential of ceding 1.1 million acres of land to Mexico. There’s a thing in Texas we care about called private property rights.”

And Hurd also brought up the issue of the incredible demand for labor in Texas and other states:

“Why aren’t we also talking about streamlining this immigration process so that we get people here legally who are going to contribute to our economy? It’s a problem that needs to be solved.”

Walls may be effective in some places, Hurd conceded, but one size doesn’t fit all when it comes to a massive structure such as a wall:

“In some places, a physical barrier is a helpful tool. But you can’t use the same tool over every single mile. Let’s be efficient. What I always say is building a wall from sea to shining sea is the most expensive and least effective way to do border security.”

Yet to hear Trump tell it, only the wall can solve the issues of immigration, crime, drug smuggling, and human trafficking. Perhaps the president should actually sit down with those who live in and represent border towns to see what they want done. Instead, he’s  demanding a standing monument to his own arrogance and vanity.