The Texas Signal obtained a copy of the letter sent by Abbott, which reads in part:

“Just three weeks in June, 45,000 illegal immigrants were apprehended crossing the Mexican border into Texas! That amounts to the entire population of Galveston – every three weeks. In just six months, we’d add the population of Arlington!

“If we’re going to DEFEND Texas, we’ll need to take matters into our own hands. The problems of illegal immigration never reach swanky limousine-liberal neighborhoods in New York and California!” 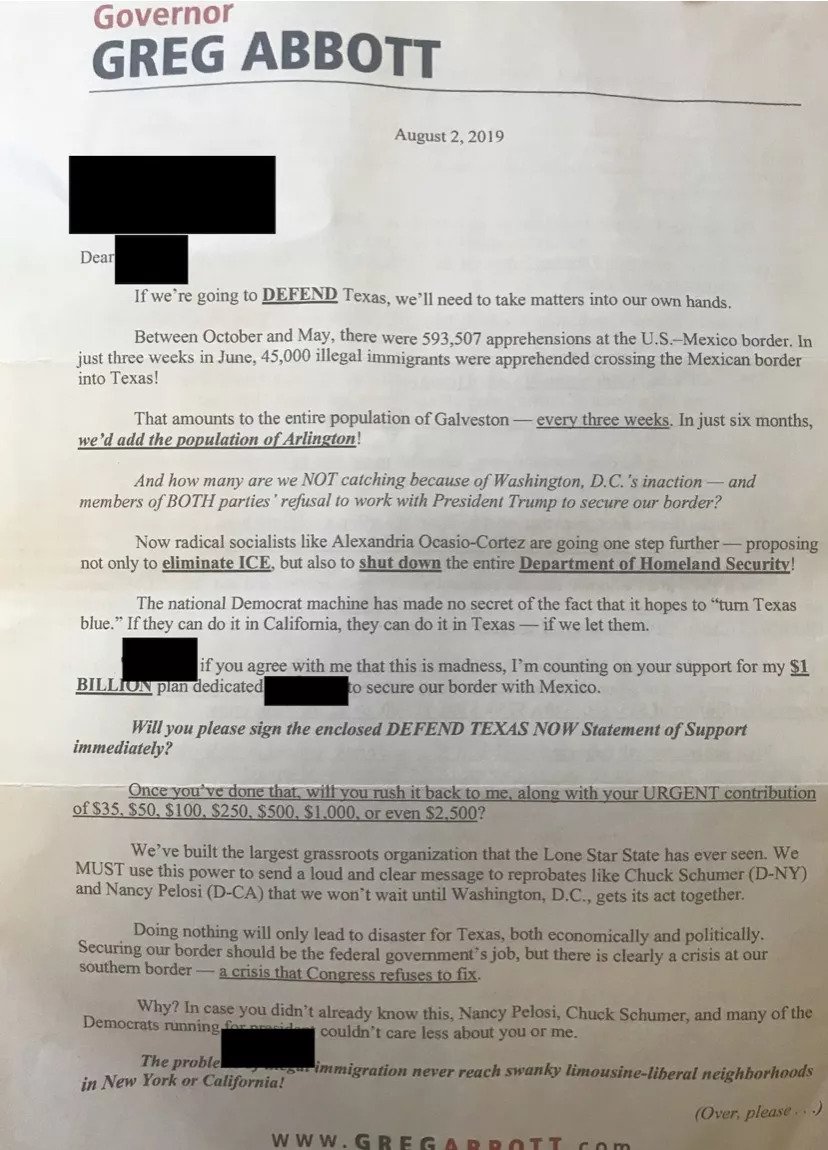 The man accused of committing the mass shooting in El Paso used similar language to Abbott’s, posting an online screed that claimed his attack was in “response to the Hispanic invasion of Texas. I am simply defending my country from cultural and ethnic replacement brought on by an invasion.”

On Thursday, Governor Abbott suggested that it was time for “healing” and “reducing hateful ideologies,” sharing a video on Twitter:

Today we had hearings responding to the tragic shooting in El Paso.

President Donald Trump has also used violent rhetoric in response to the issue of immigration, as the Washington Post notes:

Trump has repeatedly hinted at meeting migrants with violence. In May, someone at one of Trump’s rallies in Florida replied to his rhetorical question about how the arrival of migrants could be stopped by saying they should be shot. Trump made light of the comment: “That’s only in the Panhandle you can get away with that statement.”

Words can indeed spur people to carry out horrific acts. And yet both Governor Abbott and the president seem to have no problem trafficking in hate speech. It’s hard to know which is worse: Their wanton disregard for others or their blatant hypocrisy.