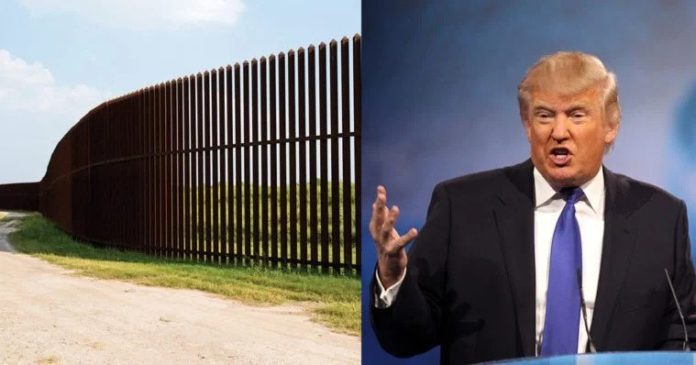 While President Donald Trump loves to claim that the vast majority of those who live on the U.S.-Mexico border are in favor of declaring a national emergency and building a wall there, some residents told CNN’s Anderson Cooper that they have never and will never support such a move.

Texas resident Nayda Alvarez says she was approached in November of last year but refused to give her signature to the effort because the plan was far too ambiguous. That led Cooper to ask:

“I assume if they want to put a wall up in your location, do you see people crossing from Mexico through your property all the time?”

Alvarez, who has lived on the border for 40 years, said she had never once seen any undocumented immigrants crossing the border:

“I see Border Patrol walking back and forth. I have caught them in my surveillance cameras. Have I ever caught [undocumented immigrants]? Not at all.”

What message does Alvarez have for the president? Cooper wondered. She responded:

“My message is, I see no emergency. The only emergency that is out there is the man-made emergency created by someone at the White House because he wants to build the wall.

“He has instilled fear in the people. He has based this fear on fake news and lies. They are over-exaggerated lies.”

Overall, the majority of Americans say they agree with Ms. Alvarez, with a recent Gallup poll showing that 60% of those surveyed say they oppose significant new construction on border walls. In that same poll, 81%  said they fully support a path to citizenship for immigrants in the U.S. illegally, something Trump and his supporters refer to as “amnesty.”

The Trump administration is utterly out of touch with what the American public wants to see done on the issue of immigration, and that suggests the real reason for the president’s continued calls for a border wall — as well as his declaration of a national emergency that doesn’t exist — are nothing but a blatant sop to his most racist supporters. He got elected being a bigot, and he thinks that’s how he’ll get re-elected.