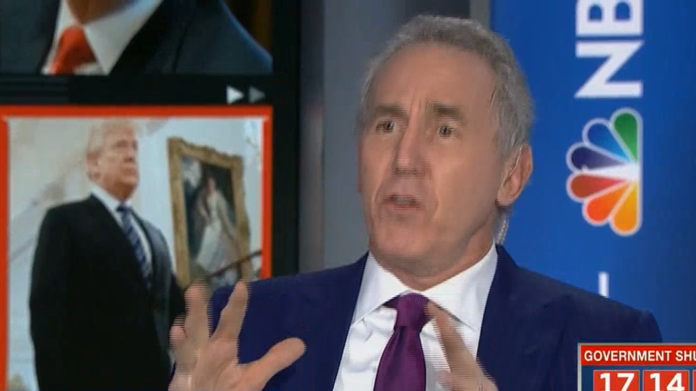 Perhaps you’ve wondered why it is that President Donald Trump is such a terrible person. Why does he act the way he does, apparently oblivious to the pain he causes others?

According to Tony Schwartz, the co-author of Trump’s book The Art of the Deal, Trump is a deeply flawed human being, and he was asked about the president’s use of what he calls “truthful hyperbole,” i.e. lying in order to get what what you want. Schwartz replied:

the most important thing to know about donald trump – and the scariest part about who he is – is that he has no conscience, therefore he has no shame shame is the thing that keeps people from doing what their worst instincts lead them to do.

“he doesn’t feel the ordinary emotions one would when you are causing hardship for no reason to millions of people.”

That led Tur to ask if Trump ever thinks about the federal workers who are currently working without pay. Schwartz remarked:

“Not for one second. Not for a New York minute.”

But it was what Schwartz said next that should serve as a warning to anyone who thinks that perhaps Trump might change and one day become a leader:

“A great leader is characterized by things like courage, humility, reflectiveness. He has none of those.”

There are many things Donald Trump lacks: Courage, humility, common sense, and a heart. He will never get better. He will never improve. All the more reason he needs to be removed from office as soon as possible.