The United States Blues
Home News The Donald Gets Mocked For Ripping Off ‘Game Of Thrones’ In Latest... 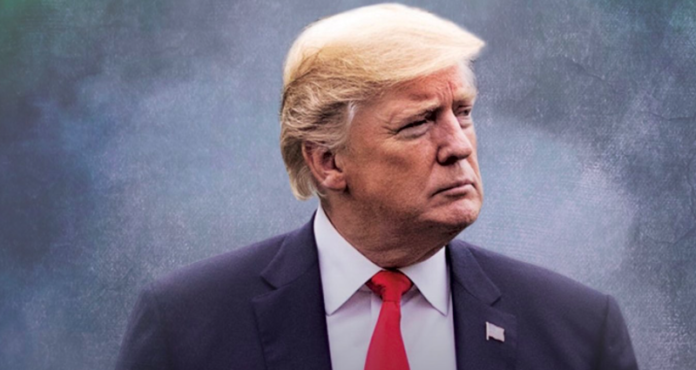 President Donald Trump ripped off the HBO series “Game of Thrones” on Friday to brag about sanctions he intends to slap against Iran for doing absolutely nothing to violate the Iran nuclear deal he withdrew the United States out of earlier this year.

In a peculiar tweet, Trump basically posted a movie poster featuring himself and stylized words saying “Sanctions are coming,” a play on the words “Winter is coming,” which is a popular slogan uttered within the “Game of Thrones” universe.

The White House later posted a pair of tweets clarifying that Trump is talking about sanctions against Iran.

President @realDonaldTrump is reimposing all sanctions lifted under the unacceptable Iran deal. The U.S. is reimposing the toughest sanctions ever on Iran, targeting many of the corrupt regime’s critical sectors.

The United States has launched a campaign of economic pressure to deny the regime the funds it needs to advance its bloody agenda! https://t.co/0yuYgpvq5i

Trump withdrew for the successful Iran nuclear deal earlier this year despite objections from the other signatories of the deal, including the United Kingdom, France, Germany, China, and Russia.

Iran had not violated the deal, but Trump withdrew the United States from it anyway. However, the other signatories remain committed to it, as do the Iranians. But that may change if Trump goes through with the sanctions, which could pressure the other nations to also withdraw and would likely result in Iran seeking to restart their nuclear program to build weapons of mass destruction.

Twitter users hilariously mocked Trump with their own versions of the meme.

“Impeachment is Coming” would be more accurate

Awww bless. He thinks he’s Jon Snow but he is suuuuuch a Joffrey. pic.twitter.com/5bsaBHQr1o

Guess who’s not out tweeting Game of Throne memes this morning? pic.twitter.com/5zggFGHY8g

In response to Trump’s tweet, HBO criticized the improper use of their trademark.

“We were not aware of this messaging and would prefer our trademark not be misappropriated for political purposes,” HBO said in a statement.

“Game of Thrones” star Maisie Williams, who portrays Arya Stark on the program, expressed her annoyance.