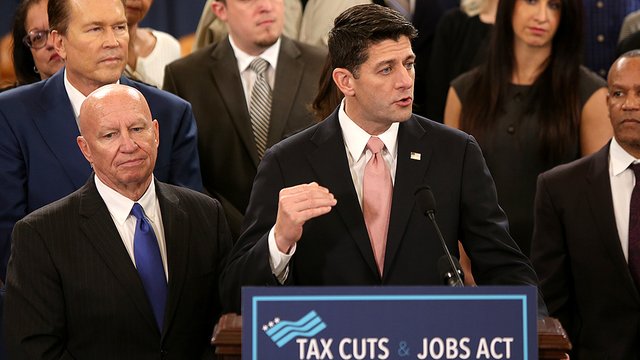 The only significant legislative achievement from President Donald Trump and the GOP-controlled Congress over the past two years was their massive tax cut for the rich, which they dubbed the Tax Cuts and Jobs Act of 2017.

But while the rich have certainly gotten richer as a result of the GOP tax scam plan, it’s been a massive failure, according to a new report from The Washington Post.

One of the big promises from Trump was that the tax law would lead American companies to return some $5 trillion in overseas profits to the United States. So far, however, U.S. businesses have only repatriated a pathetic $143 billion. As the Post notes:

“It should be no surprise that the investment boom all this money was supposed to set off hasn’t materialized either. Not unless you think the rather anemic 0.8 percent increase in nonresidential fixed investment last quarter constituted some sort of economic miracle.”

Instead of investing in workers, factories, or equipment, most companies have merely bought back massive amounts of their own stock, which helps no one except shareholders. And they’ve been doing those buybacks at a record pace in 2018.

Remember how Treasury Secretary Steven Mnuchin swore the tax cuts would pay for themselves with a burst of economic growth? Not surprisingly, that also turns out to be a huge lie:

“What’s happened instead has been so predictable that everyone else predicted it: cutting tax rates has made us collect so much less tax revenue that the budget deficit has increased substantially. It’s the first time it has ever gone up this much in the absence of a war or a recession.”

So what exactly did the Tax Cuts and Jobs Act of 2017 accomplish? Simple: It made the rich much richer, which has always been the true motive behind ever tax cut Republicans pass:

“That’s why, independent of any economic benefits, which we’re finding out may very well be ephemeral, they think that cutting taxes for top earners is good policy. For the less philosophically-inclined among them, though, letting the rich keep more of their money is still an absolute political good.”

The rich are richer and the rest of us get to foot the bill for everything. Sounds oddly like France right before the National Convention of 1792 declared the monarchy illegal and eliminated Louis XVI permanently.