The United States Blues
Home Health The most unhealthy thing about the ‘Vape-Scare’ may be the unnecessarily vague... 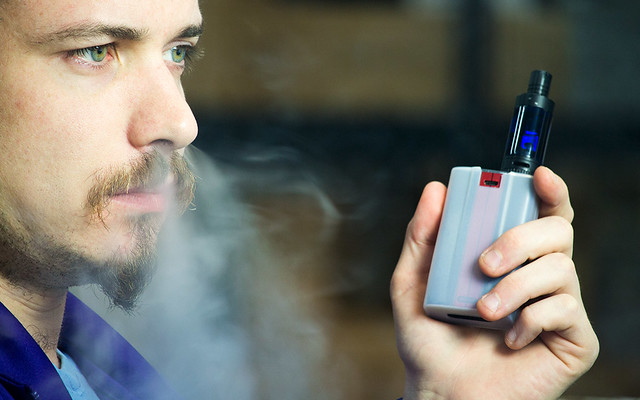 The so-called “vaping scare” has gotten so serious that earlier this week President Donald Trump weighed in on the issue, promising that the administration was preparing to make policy moves in order to protect those who use e-cigarettes and other vaping devices.

But as Brad Rodu, a professor of medicine at Louisville University points out, part of the problem lies with the messenger.

“CDC officials were ‘unnecessarily vague’ in describing the lung incidents, as Boston University Professor Michael Siegel put it. Rather than blaming illicit THC oil, they continue to ambiguously describe these incidents as if they were caused by legal products, leading the public to believe that all e-cigarettes and vape products are killers.  But this opaqueness serves another federal government purpose: to kill the e-cigarette industry.”

In fact, the CDC did indeed try to suggest that all e-cigarettes are to blame, but that’s simply not true:

In August, while acknowledging the first lung disease death, CDC Director Dr. Robert Redfield said that “this tragic death in Illinois reinforces the serious risks associated with e-cigarette products.”  The CDC’s Dr. Brian King echoed the same theme in a briefing, noting, “There’s a variety of harmful ingredients identified” in e-cigarettes. “We haven’t specifically linked any of those specific ingredients to the current cases but we know that e-cigarette aerosol is not harmless.” Vague, generalized warnings do nothing to help the public make informed decisions. Rather, they give media outlets free rein to fuel the fire by using terms like “epidemic” and “outbreak.”

How are people supposed to make fully informed decisions if they don’t have accurate or complete information to do so? Instead, the White House and CDC have seemed to be trying to inject as much unneeded fear as possible into the debate, which may well be because they want to discourage anyone from using nicotine in any form whatsoever. That’s a noble goal, but it’s not exactly realistic.

As Redfield points out, many people use vaping to kick the cigarette habit. Do we want them to go back to smoking?

Smokers burn tobacco to release and inhale nicotine laced with a toxic tar containing 7,000 chemicals. After 20 or 30 years, they have high risks for heart diseases, many cancers, asthma, emphysema and more. Vaping is a form of harm reduction, and it’s considered 95% safer than cigarettes. Not perfectly safe, but a big improvement over smoking.  Not sharing this information – and instead letting a frenzy develop over vaping – is harm escalation.

All of this fear and confusion, Rodu concludes, is more dangerous than vaping will ever be:

“The downside to scaremongering about vaping is huge. Millions of former smokers who transitioned to far less harmful vaping may assume they made a mistake and return to cigarettes. Millions more will never consider making the switch to vaping. Cigarettes are the real killer. But anti-nicotine extremists want to eliminate cigarettes’ biggest competitor, which makes them the real threat to public health.”

If we want people to make wise decisions, we have to be willing to put aside our own biases and give them the knowledge they need to do so.