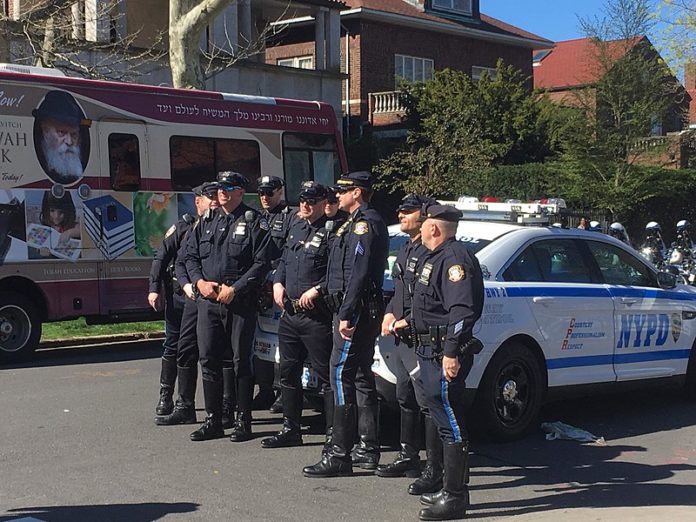 Imagine filming police officers abusing their authority only to find yourself arrested in retaliation. Now imagine that the courts side with the officers because they cited the flimsiest excuse to give them probable cause. That’s what the Supreme Court now allows cops to do in America.

Nieves v. Bartlett involved a man who was arrested by Alaska police officers for alleged disorderly conduct after he refused to talk to them at an extreme sporting event.

Russell Bartlett filed a lawsuit against the officers for violating his First Amendment rights, arguing that they didn’t have any real probable cause to arrest him. They only did so because he exercised his right to not talk to them.

Unfortunately, he couldn’t prove the officers had no probable cause, and so the Supreme Court has decided to give police officers the green light to violate First Amendment rights as long as they are able to come up with a reason to have probable cause for arresting someone they want to retaliate against.

Let’s say you are filming a police officer. The officer tells you to stop but you refuse because the First Amendment protects your right to film them. The officer then finds an obscure infraction like loitering or jaywalking to gain probable cause to arrest you in retaliation.

The highest court in the land now says that is legal and lawsuits against officers will now be dismissed in court if a plaintiff cannot prove the arrest was retaliatory.

The decision to allow this sort of retaliation drew a dissent from Justice Neil Gorsuch.

Justice Ruth Bader Ginsburg also dissented writing that “[a]rrest authority … can be abused to disrupt the exercise of First Amendment speech and press rights” and argued that she “would not use this thin case to state a rule that will leave press members and others exercising First Amendment rights with little protection against police suppression of their speech.”

Indeed, police can now retaliate against the press over negative coverage, the kind of persecution a reporter in San Francisco experienced when he refused to give up the names of his sources.

The only obvious beneficiary of the rule is an arrestee singled out at protests or other large public gatherings, with a robust pool of potential comparators. But she offered other cases that, she feared, would not be viable under the majority’s rule. One example was a bystander arrested for trespassing to prevent her from recording a police interaction when no other people were around (and not recording) to be used as comparators. Another involved a reporter investigating police corruption, stopped and ticketed for going five mph over the speed limit, but unable to offer evidence that the ticketing officer warned him that the tickets would keep coming “until you find something else to write about.”

This ruling was not about protecting police officers from frivolous claims, it’s about shielding them from any and all claims by giving officers the ability to retaliate as long as they can invent some kind of probable cause to make an arrest. Any little infraction would do. And it would be up to the plaintiff to prove the probable cause is bunk. In other words, the plaintiff would be guilty until proven innocent, not the other way around like our legal system is supposed to work.