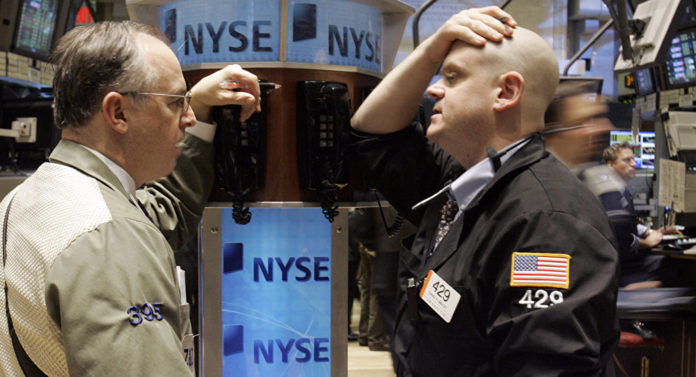 On Tuesday, the Dow Jones Industrial Average — one of the major indexes for the American stock market — plunged 800 points, setting off fears that 2018 would end on a down note.

But it turns out 2018 isn’t just set to be a bad year for stock market earnings. It’s about to become the worst time to make money in the market since 1972, according to Bloomberg:

“Market statisticians are falling over each other in 2018 to describe the pain being felt across asset classes. One venerable shop frames it this way: Things haven’t been this bad since Richard Nixon’s presidency.

“Ned Davis Research puts markets into eight big asset classes — everything from bonds to U.S. and international stocks to commodities. And not a single one of them is on track to post a return this year of more than 5 percent, a phenomenon last observed in 1972, according to Ed Clissold, a strategist at the firm.”

Welcome to the new normal with Donald Trump leading the world’s largest economy.

The stock market is down across all sectors, meaning there’s virtually no safe place to put your money if you want a decent return:

“Nothing’s working, not large or small-cap stocks in the U.S., not international or emerging equities, not Treasuries, investment-grade bonds, commodities or real estate. Most of them are down, and the ones that are up are doing so by percentages in the low single-digits.”

Clissold also notes that some of the uncertainty is based on moves made by the Federal Reserve to help stave off inflation:

“Overhanging the markets have been concerns over how asset prices would handle the removal of ultra-easing monetary policies.”

For the year, the S&P 500 index is up a measly 1 percent, despite Trump’s claims that the economy has never been stronger. But the pain is being felt in other sectors, too: Stocks focused on developing nations have dropped 12 percent, and the Bloomberg Barclays Long Term U.S. Treasury Total Return Index is down 6.4 percent.

Translation: There appears to be no safe place for investors in this new bear market, which could wind up leading to a global recession if large money managers decide to keep their funds in safer instruments such as treasury notes and bonds, both of which historically provide a much lower return than blue chip stocks.

Recently, there’s been increasing talk of a recession in 2019. A dramatic economic downturn could well doom Trump as he begins his re-election effort. With his unfavorable rating already at 60 percent, imagine his numbers if the economy goes south.

What happens a business failure who filed bankruptcy six times becomes president? He drags the world economic system down with him.