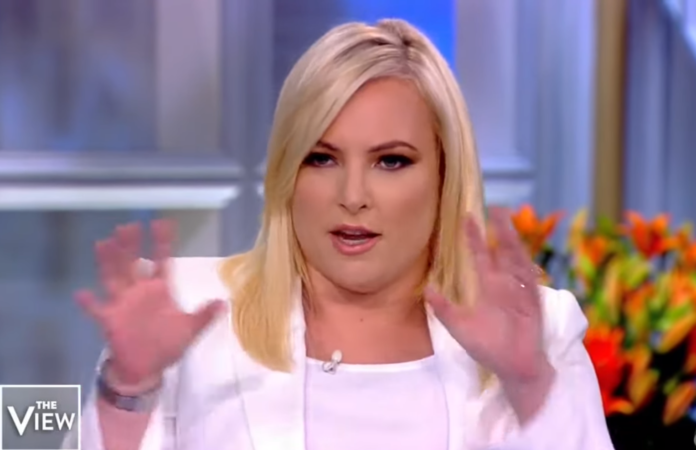 Meghan McCain, one of the co-hosts of “The View,” said Tuesday that if the government tries to ban weapons such as the AR-15 assault rifle that was used in many of the recent mass shootings, “there’s going to be a lot of violence.”

During a discussion of the most recent mass shooting in Odessa, Texas, that left seven dead and another 25 injured, McCain noted that she had recently been in Wyoming shooting guns and fishing, and she added:

“This is a ground-level issue for me. If you’re going to be a gun grabber, you don’t get my vote, period. We’ve got to have a different kind of conversation, which is what Beto O’Rourke, I interpret, and many other candidates to be.”

McCain’s fellow co-host Joy Behar reminded McCain that assault weapons had been banned by former President Bill Clinton and the move had helped to reduce gun violence. That led McCain to respond:

“The AR-15 is by far the most popular gun in America, by far. I was just in middle-of-nowhere Wyoming, (and) if you’re talking about taking people’s guns from them, there’s going to be a lot of violence.”

Isn’t that what many have said whenever sensible gun control legislation is suggested? Rather than debate the merits of such a move, it seems the pro-gun crowd immediately falls back on threats and intimidation to further their agenda.

Behar then interjected that people lived for years without AR-15s during the previous ban, which elicited this outburst from McCain:

“I’m not living without guns! It’s just that simple.”

To that, McCain accused Hostin of being unfair:

“All right, all right. All right. How about being virtue signaled at 20 minutes into the first show back?”

“How about when we can walk in a mall and not be nervous that someone is going to pull out an assault gun?”

But McCain was unmoved, saying that she feels safe because she own guns, ending the discussion by commenting:

“None of you feel safe? Again, I feel safe that I can protect myself, and I have guns at my house.”

It’s the illusion of security guns give many people that makes it nearly impossibly to have a rational debate about guns or gun control. But keep in mind that Texas is an open carry state, and yet two of the last three mass shootings occurred in the Lone Star State.