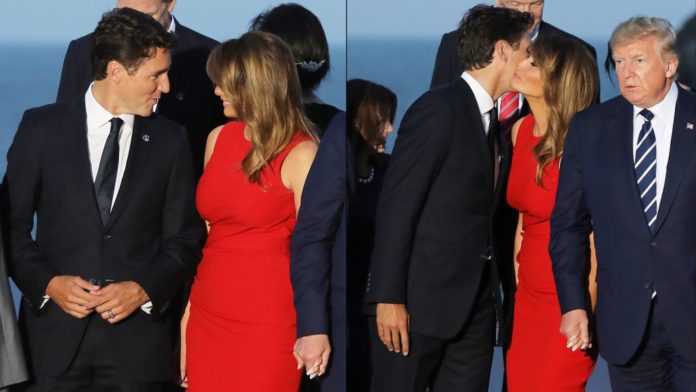 Monday was the last day of the G7 summit, which was held in Biarritz, France, this year. But according to what some are saying on the internet, it appears to have been only the beginning of First Lady Melania Trump’s infatuation with Canadian Prime Minister Justin Trudeau.

A series of photographs, taken by a European Pressphoto Agency photographer as world leaders and their spouses came together on Sunday evening for a “family photo” to conclude the summit, show a smiling first lady greeting Trudeau.

The apparent warmth of the scene, not out of place in a diplomatic setting of its kind, nevertheless captured the imaginations of many.

Within hours, Twitter exploded with postings and even a new hashtag, #MelaniaLovesTrudeau.

And then there were the memes, some of which need to be placed in a time capsule and buried so future generations can enjoy some of the same chuckles we’re getting from them. Take a look: 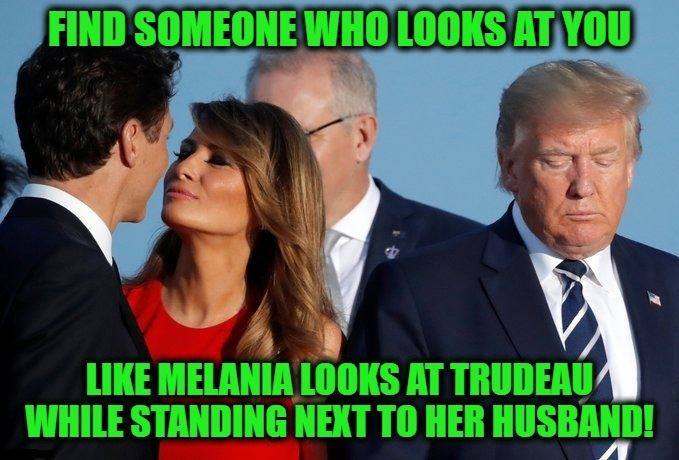 Or perhaps you prefer a more “novel” approach to the way Melania looked at Justin. Nothing says romance like a good Harlequin potboiler: 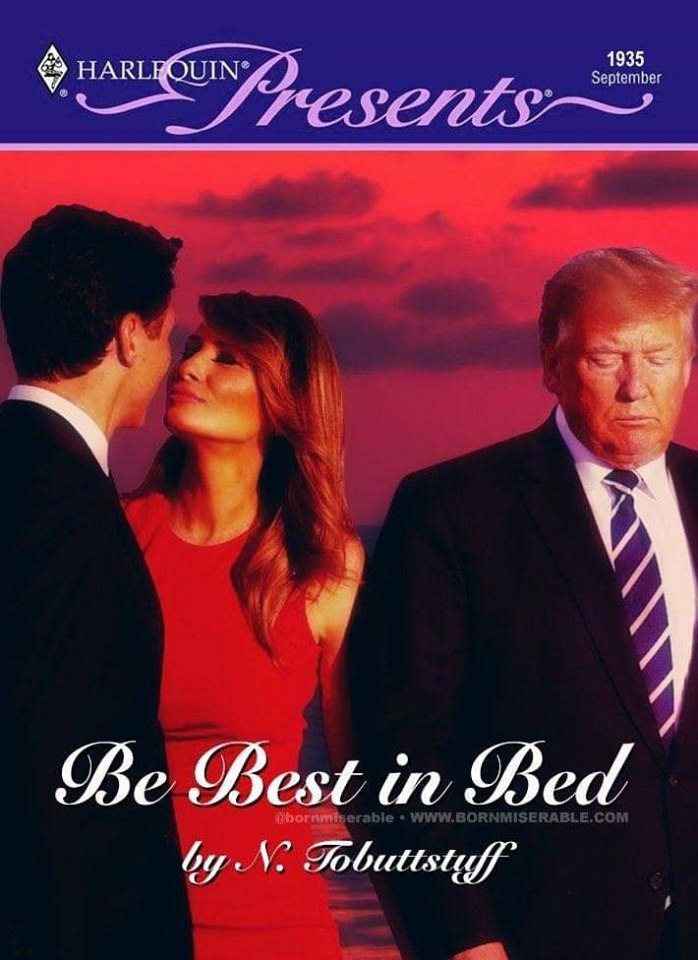 Then there’s this approach, which is accurate when you consider that Donald Trump is standing right there! 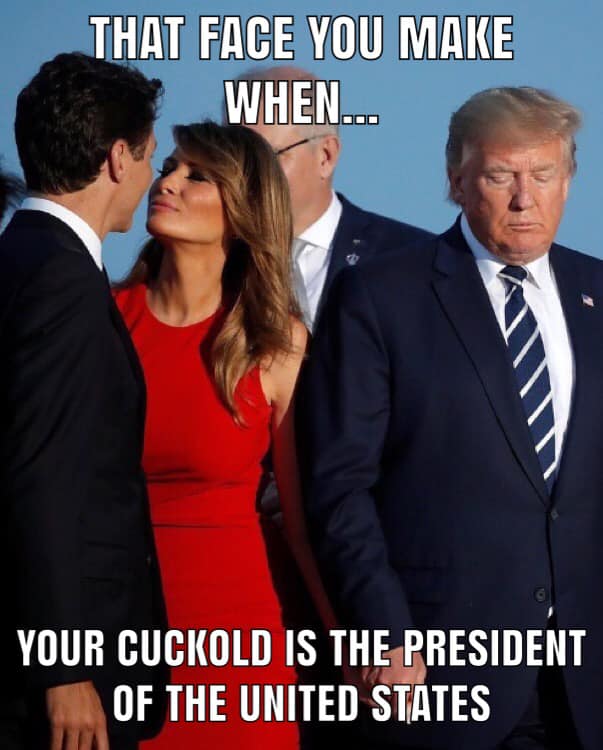 We also have “the Chosen One” approach, a reminder of Donnie’s claim just last week, shortly before he left for the G7 summit: 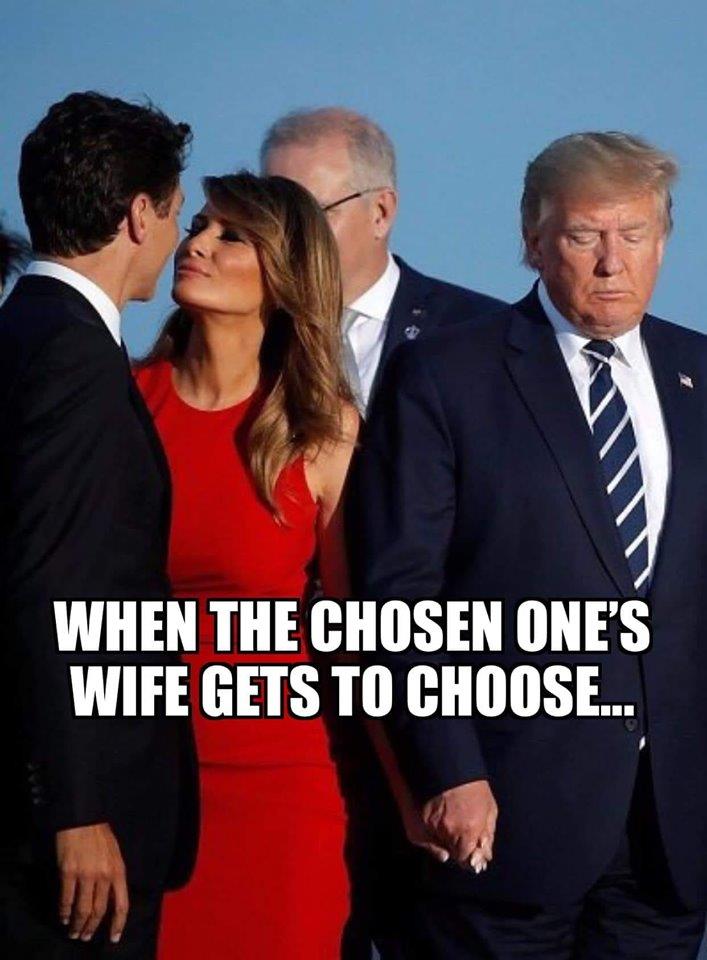 Fan of cats? This one’s for you: 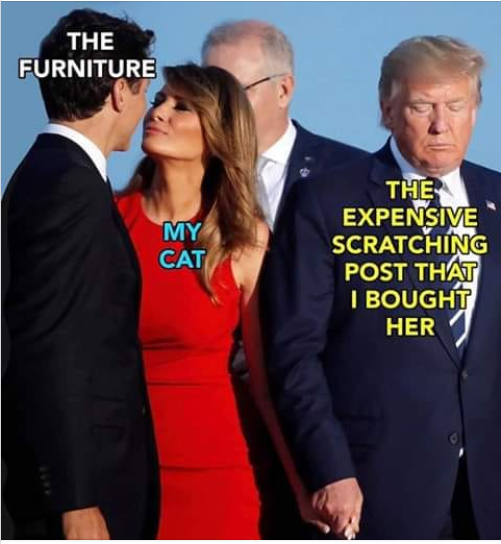 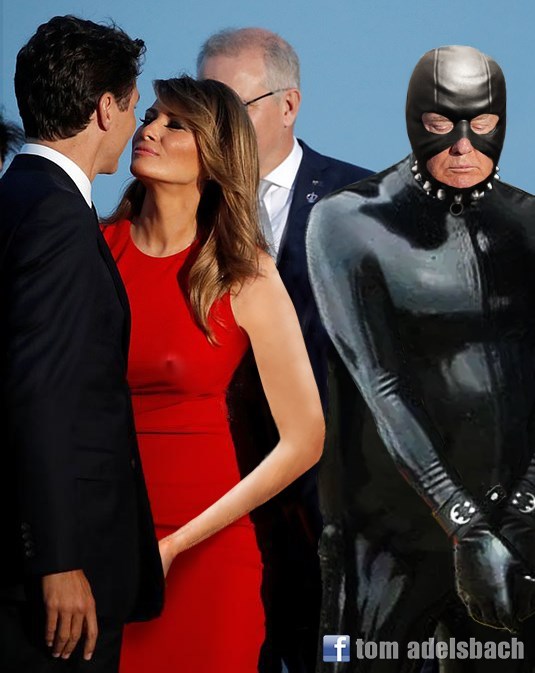 Ever wonder what goes through people’s minds when they daydream? Wonder no more: 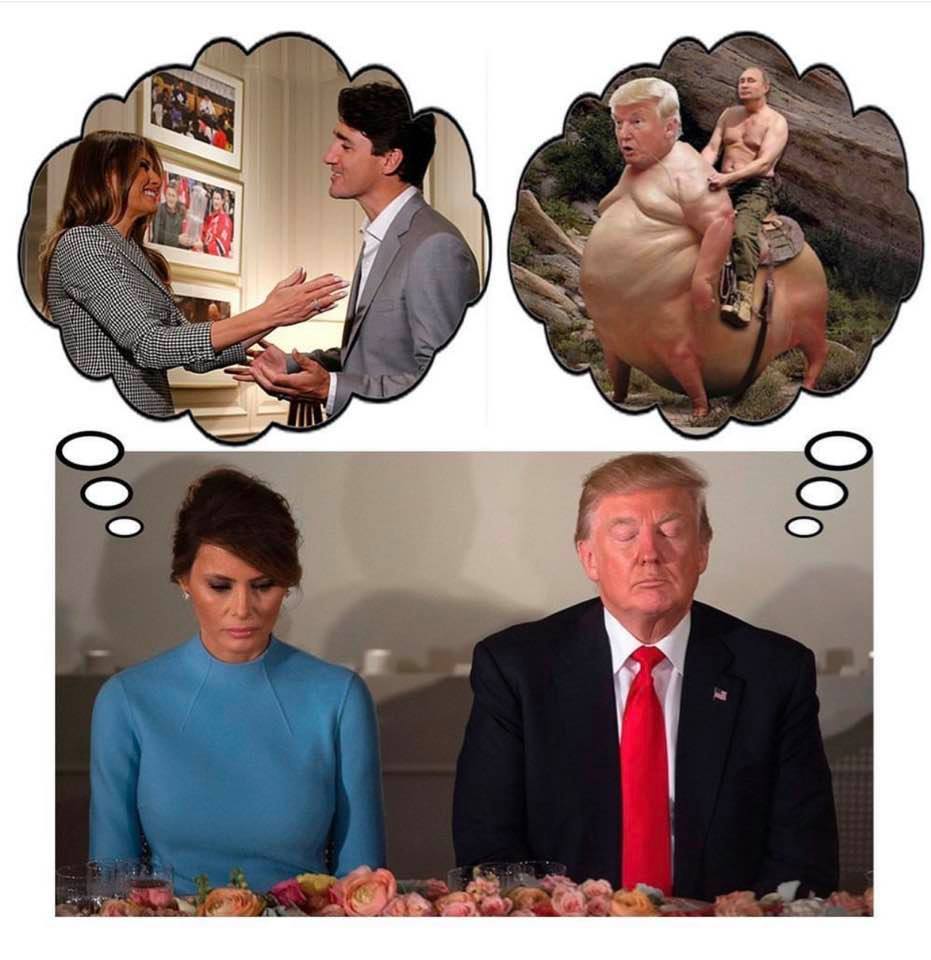 And since we know that Donald Trump can’t seem to get enough of playing golf, here’s a wink and a nod for PM Trudeau, directly from Melania: 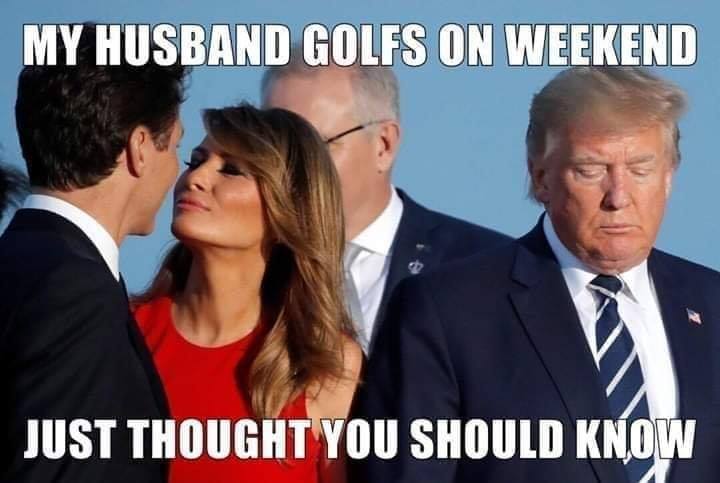 There’s going to be many more of these memes in the days ahead. Whatever you do, don’t send any them to Donald or Melania. (Wink wink).