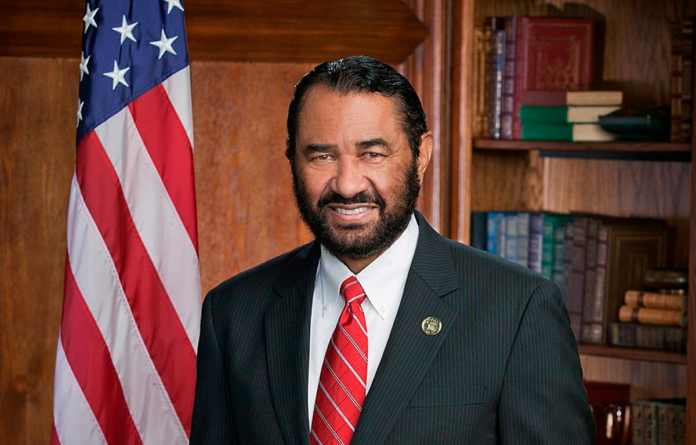 Is the third time the charm? Well, that’s what Rep. Al Green (D-Texas) seems to think. After forcing a vote on impeaching Trump twice already, once in 2017 and once in 2018, he says he may do it again by the end of July. The difference? This time the Republicans don’t control the House.

#BREAKING: Texas Rep. Al Green (D) says he will force a vote on impeachment in the House of Representatives https://t.co/5JCzXUkL0P

In a press conference, Congressman Green cited Trump’s recent racist tweets directed at freshmen Democratic congresswomen of color in the Congress over the weekend. Trump suggested that the women “go back” to their countries, though they are all United States citizens.

Green’s prior two votes were similarly motivated due to overt racism on display during the march of white supremacists in Charlottesville and when Trump called African nations “shithole countries.”

“In both cases, about 60 of Green’s colleagues joined him to support advancing the impeachment measure, but the moves were easily defeated, with most Democrats describing it as premature. Since then, former special counsel Robert Mueller issued a report providing compelling evidence that Trump attempted to obstruct his investigation of Russian interference in the 2016 election, leading dozens more of Green’s Democratic colleagues to embrace an impeachment inquiry.”

Green also took to Twitter to confirm his plans to force a vote.

I will again, this month, bring impeachment to a vote on the Floor of the U.S. House of Representatives for bigotry in policy, harmful to our society. #RacistPresident #ImpeachNow https://t.co/NvDPm23kt9

.@realDonaldTrump’s racism, anti-Semitism, homophobia, transphobia, xenophobia, and Islamophobia can no longer be tolerated or ignored. We must impeach. #RacistPresident #ImpeachNow

Green is aware that former Special Counsel Mueller is about to testify before Congress on July 24, but says it’s not about Mueller’s report. It’s about Trump’s overt racism, which spills over into Trump administration policies such as immigrant detention facilities near the southern border. It certainly spills over onto Twitter…

Holding the articles of impeachment in his hand, Green said:

“We can impeach this President for his bigotry in policy that is harming our society.”

Even without the findings of the Mueller report, Trump’s racist behavior continues to divide the country. Will the Democrats and any of the Republicans recognize this as a fact worthy of impeachment, all by itself?

Green’s move to force a vote will also force Democrats and Republicans to go on the record, but may not have enough votes to pass. Speaker Pelosi and many others have held off on taking the step, aware that the Republicans are complicit with Trump and will probably clear him despite all the glaring issues.

Rep. Green clearly believes the right thing to do is to move ahead and let the chips fall where they may. Speaking to a Trump supporter from InfoWars, Owen Shroyer, at an airport, Green doubled down on calling out Trump as a racist. When it comes to racism, actions speak far louder than words, and just look at all the racist things Trump has done.