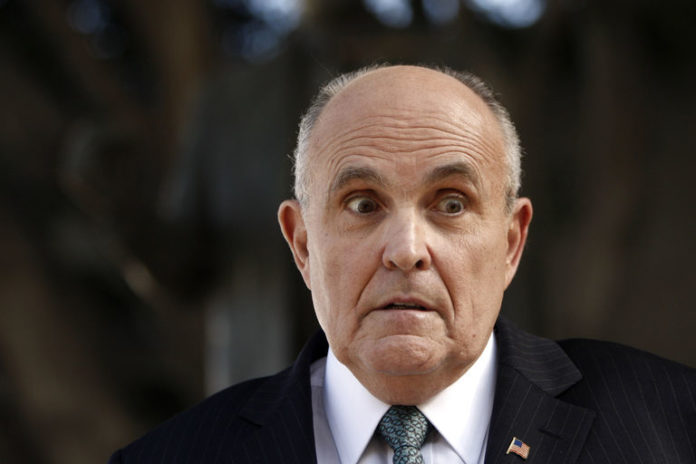 As it becomes clearer with each news report that President Donald Trump sent his personal attorney, Rudy Giuliani, to Ukraine for the purpose of trying to obtain dirt on Vice President Joe Biden’s son, Hunter, three former prosecutors are saying that Giuliani needs to pay a price for his unethical behavior.

For his part, Giuliani tried to defend himself Saturday, tweeting out:

Whistleblower story, like Kavanaugh story, is blowing up. Now no mention of money or quid pro quo. So appropriate conduct. Now we must look at Biden Family pattern of corruption of selling his public offices for 5 decades. Pattern of corruption enabled by Swamp.

Exactly. This how mafia bosses work. They make the “request” & soldiers & capos (Rudy Giuliani) follow up with the demand. https://t.co/UvXiYfcoJU

Why is this man still a member of the NY a bar? He should not be. He is free as a USd citizen to make up stuff but not as member of the bar. https://t.co/ljnHVyt29N

Giuliani falsely claims it’s “appropriate” for the President to bully a foreign country into investigating his political rival.

The problem with Trump’s conduct isn’t a quid pro quo. It’s the abuse of presidential power to get aid from a foreign nation in an election. https://t.co/SDE8cGFNzh

University of Michigan law professor Barbara McQuade, who served as a U.S. attorney in Michigan, also agreed that Rudy needs to be held to account for his role in the the growing Ukraine scandal:

While a sitting President cannot be indicted, Giuliani can. More facts are needed, but if he brokered deal to trade dirt on Biden for foreign aid, he could be guilty of conspiracy to commit bribery. Trump would return to his familiar role as Individual 1. https://t.co/1js7N6QeuG

Rudy needs to be punished for his shady behavior. And Trump needs to be impeached. It’s just that simple.