The United States Blues
Home News Top conservative crashes and burns after saying Trump got everything he wanted... 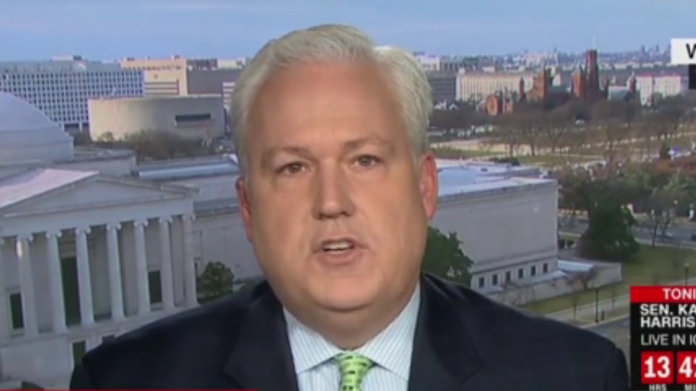 Now that it’s clear President Donald Trump was a big loser in the battle over the government shutdown, some conservatives are trying desperately trying to put a positive spin on the issue and have crossed over into outright delusion.

Matt Schlapp, chairman of the American Conservative Union, was a guest on CNN Monday morning and was asked by host Alisyn Camerota if he was “happy or disappointed” that Trump ‘reopened the government without any money for his border wall.” Schlapp’s reply was laughable:

“There’s $211 million in the CR for barriers, which is $1.3 billion annualized. As you know we have over 600 miles of barriers on the southern border that Democrats voted for and paid for. I think a lot of Democrats realize that looking like they’re against border security is bad politics.”

A clearly surprised Camerota then inquired:

“Are you trying to say this was a win for the president?”

Schlapp began stammering as he realized he had just dug a deep hole he needed to try and climb out of:

“No, I don’t think it was a win at all. The fact — look. Trump’s brand, number one brand, is that he fights. For conservatives and Republicans and Trump supporters, which are distinct categories, they like it when he fights.”

But the CNN host had the ideal comeback to Schlapp, dryly remarking:

“His brand is also deal making and that didn’t go so well over these 35 days.”

While Schlapp and Trump try their best to suggest that Americans are on their side and want to waste billions of dollars on the border wall, polls show that to be far from the truth. A recent poll from the Pew Research Center revealed that 58 percent of those surveyed oppose expanding the wall on the U.S.-Mexico border. Only 40 percent said they want to see a wall built.

Trump and his minions simply cannot admit that they got their clocks cleaned by Speaker of the House Nancy Pelosi. And the chances are good that she’ll do it again if the president insists on taxpayer money for his ridiculous vanity project.