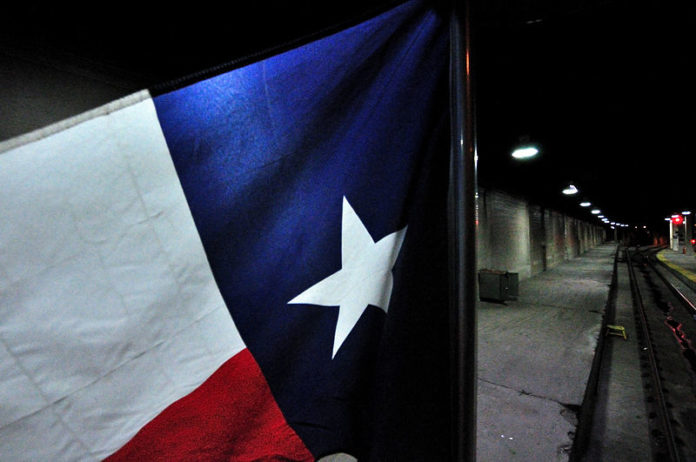 The recent exodus from Congress by Texas Republicans has one of the top elections analysts in the country considering the possibility that the GOP could lose the state in 2020, which would be a disaster for them and President Donald Trump.

Democrats expect to do well in 2020 just like they did well in 2018. The 2018 Election truly was a wave election that swept Republicans out of power in the House by a landslide while setting them up for further victories in 2020, a presidential election year.

So far, Democrats have several strong candidates capable of beating Trump, but former Vice-President Joe Biden is likely the candidate who gives Democrats the best shot at securing a landslide win that could even make Texas flip blue.

According to Real Clear Politics analyst Sean Trende, that could happen, especially since Republicans are announcing their retirements ahead of 2020 and Biden currently leads Trump in Texas in an average of the polling. It should also be pointed out that Trump’s own internal polling shows Biden is within striking distance of him in Texas.

38 electoral votes are up for grabs, and so many Republicans, mostly from the Texas suburbs, choosing to leave office rather than seek re-election, including Rep. Will Hurd (R-Texas), is a big warning sign that could signal that 2020 is one of the best chances Democrats have of finally taking back the Lone Star State.

“All told, the large metropolitan areas cast almost three-quarters of the vote in Texas, and Hillary Clinton won them with 51% support, a five-point improvement from Obama,” Trende wrote. “Trump more than held his own in the rural areas of the state and in the towns, winning almost 70% of the vote (roughly the same vote share as Romney had four years earlier). But it was the Trump collapse in the urban areas that dominate the state that made it a single-digit race.”

2020 Democratic presidential candidate Beto O’Rourke nearly beat Senator Ted Cruz (R-Texas) in 2018 because of the massive turnout in urban and suburban areas. Seeing as how the presidential election is also a statewide race, Trump could easily lose Texas to the right candidate.

In the end, Trende is skeptical that Democrats can pull off a victory in Texas in 2020, but even if they don’t, the trend is increasingly favoring a Democratic takeover sooner than later.

“Once one realizes that these urban/suburban areas cast a supermajority of the vote in Texas, one realizes quickly that the rural and small-town areas can’t keep the Republican Party afloat in Texas forever,” he concludes. “I wouldn’t bet the farm, or the cattle ranch if one prefers, on Texas turning blue this cycle. But the state is not safe for Republicans in 2020 either, and it will likely be very competitive.”

Texas becoming a swing state would definitely shift the balance of power and force both parties to change their electoral strategies. For years, the Democratic goal has been to change Texas blue by 2022. Now they get the chance to do it two years earlier than planned.