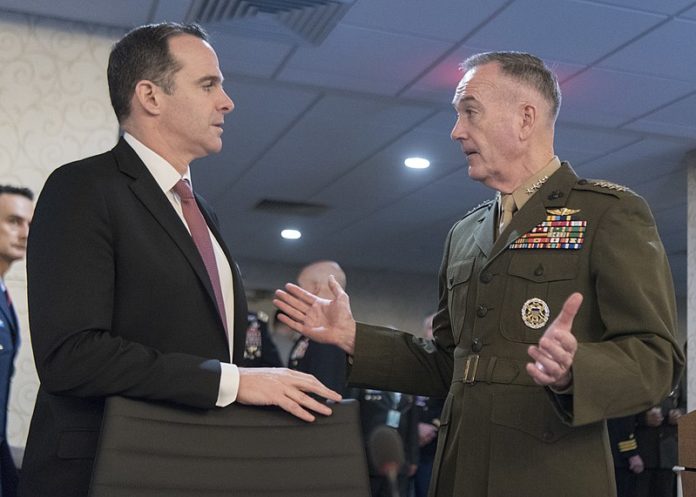 The US envoy to the global coalition fighting ISIS has resigned in protest in response to President Donald Trump’s decision to withdraw American forces from Syria and his premature declaration of victory over the terrorist group.

Brett McGurk has served in the role since former President Barack Obama appointed him in 2015, and he had been considered a valued voice by the coalition. But after Trump’s decision to surrender the battlefield to ISIS without defeating them and making sure they could never rise again, McGurk finally had enough.

“The recent decision by the president came as a shock and was a complete reversal of policy that was articulated to us,” McGurk said in an email obtained by The New York Times. “It left our coalition partners confused and our fighting partners bewildered.”

Indeed, Trump informed no one of his decision beforehand and did not even discuss it with his generals of the Pentagon. Secretary of Defense James Mattis also resigned in protest earlier this week, stressing in his letter of resignation to the president the need for the United States to respect our allies and follow through on our commitments, including our commitment to the coalition formed to defeat ISIS:

?While the US remains the indispensable nation in the free world, we cannot protect our interests or serve that role effectively without maintaining strong alliances and showing respect to those allies. Like you, I have said from the beginning that the armed forces of the United States should not be the policeman of the world. Instead, we must use all tools of American power to provide for the common defense, including providing effective leadership to our alliances. NATO’s 29 democracies demonstrated that strength in their commitment to fighting alongside us following the 9-11 attack on America. The Defeat-ISIS coalition of 74 nations is further proof.”

McGurk tried to work through Trump’s decision, but also decided he could no longer do his job because of it.

“I worked this week to help manage some of the fallout but — as many of you heard in my meetings and phone calls — I ultimately concluded that I could not carry out these new instructions and maintain my integrity,” he wrote.

It makes perfect sense. After all, ISIS has not really been defeated.

“ISIS militants still hold a string of villages and towns along the Euphrates River in eastern Syria, where they have resisted weeks of attacks by the US-supported Syrian Democratic Forces to drive them out. The pocket is home to about 15,000 people, among them 2,000 IS fighters, according to US military estimates.

“But that figure could be as high as 8,000 militants, if fighters hiding out in the deserts south of the Euphrates River are also counted, according to the Syrian Observatory for Human Rights, which monitors the conflict through networks of local informants.

“The SDF, a Kurdish-led force that is America’s only military partner in Syria, said Thursday: “The war against Islamic State has not ended and the group has not been defeated.”

McGurk had also warned just under two weeks ago that there was a long way to go to make sure ISIS is beaten and stays defeated:

“I think it’s fair to say Americans will remain on the ground after the physical defeat of the caliphate, until we have the pieces in place to ensure that that defeat is enduring,” he said. “It would be reckless if we were just to say, ‘Well, the physical caliphate is defeated, so we can just leave now.’ I think anyone who’s looked at a conflict like this would agree with that.”

But Trump chose recklessness and now his top people are resigning in protest as the prospect of defeating ISIS slips away, paving the way for threats and attacks against the United States in the future, and all because Trump desperately wanted to distract from his government shutdown and legal troubles here at home.

One thing is for certain, former President Obama never had this problem.