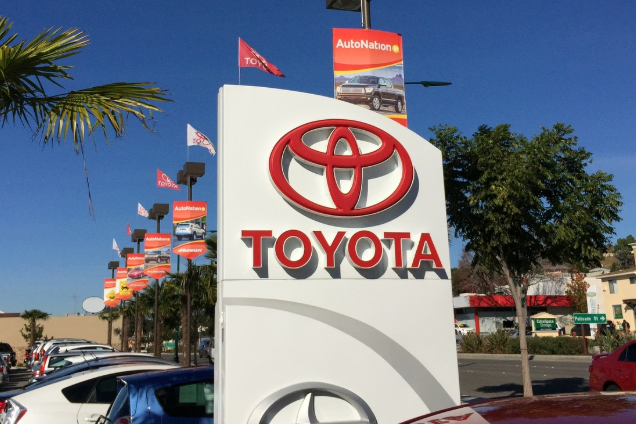 President Donald Trump made a serious blunder on Friday by labeling foreign automakers as a national security threat, and now Toyota, which employs thousands of Americans in the United States, has fired back.

Trump’s Commerce Department absurdly called foreign automakers a threat to the domestic economy and national security. Trump agreed, and proceeded to insult those automakers in remarks to a group of real estate agents.

Of course, American-made vehicles aren’t up to the same fuel efficiency standards and our food products often contains ingredients banned overseas. Why would other nations want inferior products invading their markets?

Trump’s proclamation puts thousands of American jobs in jeopardy, and Toyota reminded him of that fact in a strong rebuke in response.

Toyota has been deeply engrained in the U.S. for over 60 years. Between our R&D centers, 10 manufacturing plants, 1,500-strong dealer network, extensive supply chain and other operations, we directly and indirectly employ over 475,000 in the U.S., and have invested over $60 billion in this country, including over $1 billion in philanthropic and community-outreach efforts.

Today’s proclamation sends a message to Toyota that our investments are not welcomed, and the contributions from each of our employees across America are not valued.

Most every American has a Toyota story and we are very proud of the fact that over 36 million Toyota and Lexus vehicles are still on U.S. roads today. Our operations and employees contribute significantly to the American way of life, the U.S. economy and are not a national security threat.

Indeed, and those jobs just so happen to be located in red states that voted for Trump. Toyota employs Americans in Texas, Kentucky, West Virginia, Indiana, Mississippi, and Alabama.

This statement is Toyota’s way of telling those states that Trump is endangering their jobs.

All of these states voted for Trump in 2016, and he is putting the livelihoods of voters in these states at risk by picking a fight with their employers. Surely, that will cause them to vote against Trump in 2020. If not, they’d better prepare to stand in long unemployment lines.