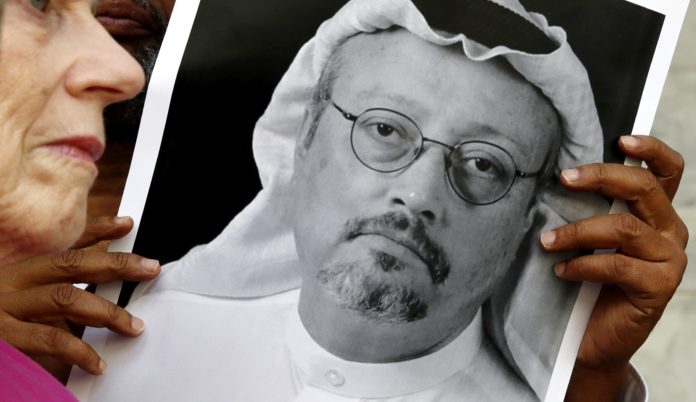 Washington Post journalist Jamal Khashoggi, who was murdered by a Saudi hit squad in early October while visiting the Saudi Arabian consulate in Istanbul, repeatedly kept saying he couldn’t breathe in the final moments of his life, according to a source who has read the translated transcript of an audio recording detailing the murder.

“During the course of the gruesome scene, the source describes Khashoggi struggling against a group of people determined to kill him.

The transcript also includes the sounds of saw being used to dismember Khashoggi’s body and the murderers urged to listen to music as a way of blocking out the sounds of the brutal deed they were performing.

CNN also notes that the transcript suggests several phone calls were made after the murder. Turkish officials believe those calls were to give progress reports to officials in Riyadh who allegedly ordered the assassination of the Saudi-born Khashoggi, who had been critical of Crown Prince Mohammed bin Salman.

Asked for comment on the new details of the Khashoggi killing, officials in Saudi Arabia released a statement that reads in part:

“The relevant Saudi security officials have reviewed the transcript and tape materials through Turkish security channels and nowhere in them is there any reference or indication of a call being made.”

The transcript begins at the moment Khashoggi entered the consulate, CNN reveals:

“A voice identified in the transcript as Maher Abdulaziz Mutreb, a former Saudi diplomat and intelligence official working for bin Salman, and known to Khashoggi from their time together at the Saudi Embassy in London, addresses him.

“‘You are coming back,’ the man says.

“‘You can’t do that,'” Khashoggi replies. “‘People are waiting outside.'”

Despite overwhelming evidence pointing to Saudi Arabia and the crown prince being behind Khashoggi’s murder, President Donald Trump has refused to condemn in Salman or call for sanctions on the kingdom.

“There’s not a smoking gun, there’s a smoking saw.”