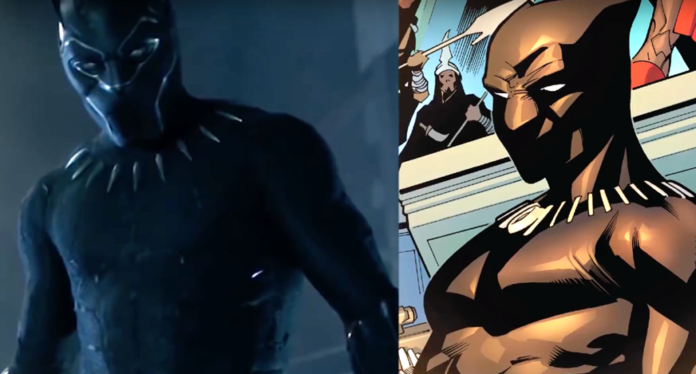 Marvel’s Black Panther is hit theaters this weekend and is the best-reviewed Marvel Studio’s film ever. The lead character first appeared in Fantastic Four way back in the late 60s but is finally making it to the big screen.

Although the movie is creating a lot of excitement, it has brought out the racist trolls on social media, who created some posts to create fear of being attacked by Black moviegoers.

Some trolls are using images of battered women to make false claims of assault at "Black Panther" screeningshttps://t.co/fErXShddS1

The trolls have snatched pictures depicting victims of violence -most of whom were battered women, and posted them with captions, warning that they were attacked or that they witnessed others being attacked. In one case, a photo of former White House staffer Rob Porter’s ex-wife was used, which documented his alleged battery.

Fake posts are being created to make black people look bad and the sad part of it is some people will believe them #BlackPanther pic.twitter.com/XzNMoxFmWs

BuzzFeed, Vox, Business Insider, and other news outlets reported on the scam, and a number of the Twitter accounts that were captured making the false accusations were suspended.

Business Insider reported that many people felt angered and saddened by the fake assault claims.

Even Snopes responded to the Twitter trolls, noting that the stories are false and determining the source for the photos, which dated back to 2009 in one case, to pictures of an assault victim in Sweden, or to pictures from a makeup artist’s portfolio.

Not only were there posts creating fake stories of assaults, but also absurd extremist posts claiming that the movie was “alt-right” and a case of “black nationalism.” See below:

Another Twitter user attempted to conflate the KKK with Black Panther, calling for a boycott.

Although it is disheartening to see racists making these disgusting posts, they met with immediate backlash and were fact-checked quickly. It will not stop the success of the movie.

Snopes reported that the movie is expected to earn $200 – $205 million during its opening weekend.

See more about the exciting film below: