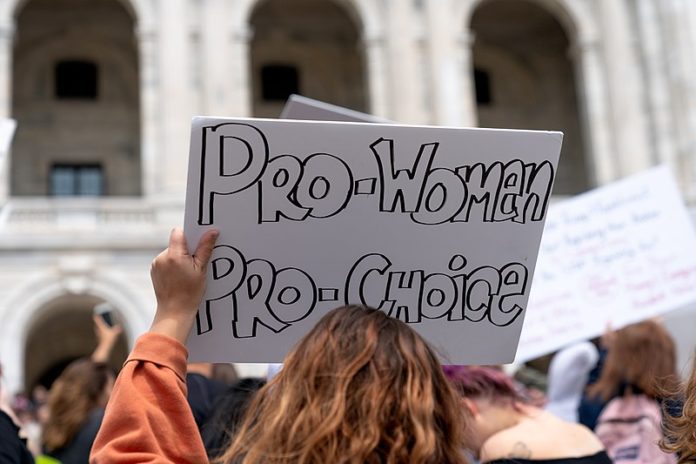 President Donald Trump and his minions are trying to take the Republican war on women global by writing a letter to United Nations members pressuring them to join an anti-abortion coalition to roll back women’s rights.

The United Nations meets Monday to discuss important business, particularly the climate crisis and the march toward war with Iran. But Trump has other nefarious plans.

Abortion is an internationally accepted medical procedure that is considered a woman’s right as part of her reproductive healthcare.

In a letter signed by anti-abortion zealot Secretary of State Mike Pompeo and Health and Human Services Secretary Alex Azar, Trump’s government is trying to force the United Nations to support their anti-women agenda.

“As a key priority in global health promotion, we respectfully request that your government join the United States in ensuring that every sovereign state has the ability to determine the best way to protect the unborn and defend the family as the foundational unity of society vital to children thriving and leading healthy lives,” the letter states. “We remain gravely concerned that aggressive efforts to reinterpret international instruments to create a new international right to abortion and to promote international policies that weaken the family have advanced through some United Nations fora.”

“Evidence of this is found in references throughout many multilateral global health policy documents to interpret ‘comprehensive sexuality education’ and ‘sexual and reproductive health’ and ‘sexual and reproductive health and rights’ to diminish the role of parents in the most sensitive and personal family-oriented issues,” the letter continues. “The latter has been asserted to mean the promotion of abortion, including pressuring countries to abandon religious principles and cultural norms enshrined in law that protect unborn life. These approaches undermine our shared commitment to sustainable development and to achieving health for all, leaving no one behind.”

In other words, evangelicals are advocating for their dangerous and unconstitutional brand of religious law to be adopted worldwide.

Just like Trump is trying to pressure Ukraine to interfere with the 2020 Election for his campaign, the Trump administration is now attacking women’s rights basically the same way.

Of course, the most telling part about the letter is which nations have already signed on to a similar proposal earlier this year, including Brazil, Egypt, Saudi Arabia, Indonesia, Haiti, Ghana, Nigeria, and Iraq.

Seriously, three Middle Eastern nations that endorse Sharia law and dictatorship along with right-wing crazy Jair Bolsonaro of Brazil and a couple of other African nations are the only ones to have signed on. That’s very revealing. Not the kind of company the United States surely wants to be seen palling around with, especially when it comes to women’s rights, which are brutally suppressed by those countries.

“This letter just shows how they are trying to erode international consensus and roll back the clock for women and girls,” she said. “It’s not just abortion that they care about, they care about women’s ability to exercise autonomy over their bodies and about denying them critical access to the services they need.”

Indeed, and this why the GOP is losing support from suburban women across the country, an exodus that went into high gear after Republicans began passing draconian abortion bans in several red states. Now Trump is trying to strip women of their rights on a global scale, which will result in increased opposition to America on the international stage.