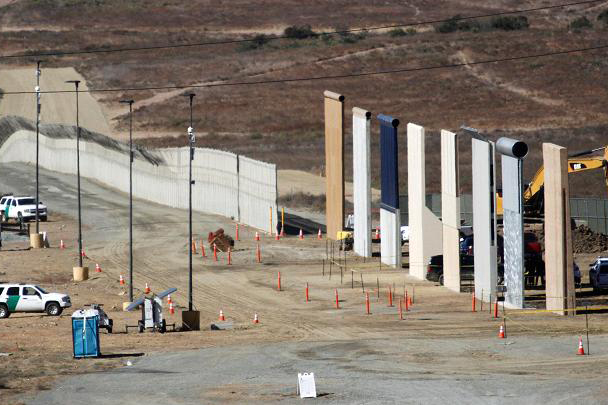 The Trump administration is quietly gearing up to seize land to build Trump’s border wall.

This news comes despite the fact that Congress has yet to decide whether to fund Trump’s border wall at all. Acquiring the land necessary to build Trump’s wall will involve restarting litigation against landowners.

According to CNN, roughly two-thirds of the US-Mexico border runs through private or state-owned lands. This means that the federal government has to purchase, seize, or seek permission to use the land to build a border wall. Based on similar efforts a decade ago, the process is expected to cost the government millions and could take years of litigation.

Here’s to all of our tax dollars being used to seize land instead of being put towards universal healthcare and access to higher education. The Trump administration is gearing up for the effort regardless. Xenophobia or bust!

Trump’s own Homeland Security Secretary nominee stated that she doesn’t believe a wall should be built “from sea to shining sea.”

Democrats on the Senate Homeland Security and Governmental Affairs Committee produced a report on eminent domain and a border wall this week, citing the administration’s lack of clarity about what would be required to build Trump’s proposed border wall.

In July, Customs and Border Protection issued a notice about existing border wall.

CBP staff conducted interviews with residents along the border who have experienced eminent domain cases. Most of these cases laid dormant from 2008 until this February.

In the past, 654 miles of fencing cost more than $78 million. An additional $25 million is expected to be paid in unresolved litigation. Some of the cases remain unresolved up to a decade later.

The committee found that for 211 miles of border wall, 600 different tracts of property and 330 condemnation lawsuits were required.

How about we just leave everybody alone?