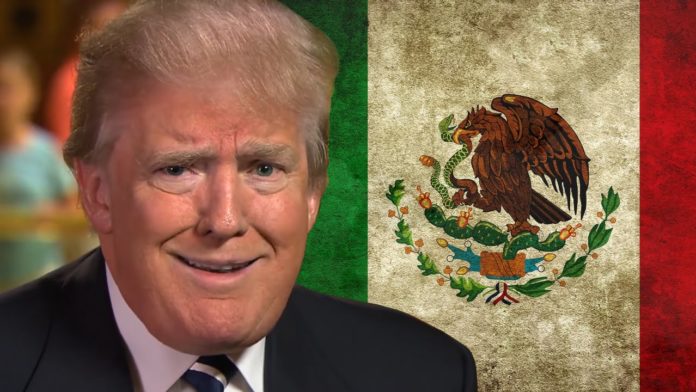 President Donald Trump told Breitbart as part of an exclusive interview with the right-wing website that he’s thinking seriously about designating some Mexican nationals as terrorists.

In the interview, Trump noted that some Mexican drug cartels may be listed as Foreign Terrorist Organizations (FTOs):

“It’s psychological, but it’s also economic. As terrorists — as terrorist organizations, the answer is yes. They are.”

Trump also claimed that Mexico is unable to control the drug cartels located in their country:

The actual number of homicides in Mexico last year was 33,341, far below the number cited by the president.

Then Trump tried to stoke fear as he recalled an incident he said took place during his recent visit to the border:

The number of bodies found in the border town of Miguel Aleman, Tamaulipas, was 21, according to CBS News.

What Trump is trying to do is obvious: He thinks that if he designates Mexican cartels as terror organizations, it will bolster his case for needing a wall and support his claim of a national emergency. But his own words on the issue have likely doomed his prospects of winning in court on the national emergency.

The day he declared the national emergency, you may recall, Trump said the reason he was doing so was so he could build the wall faster:

“I want to do it faster. I could do the wall over a longer period of time. I didn’t need to do this, but I’d rather do it much faster.”

That very quote showed up in lawsuits filed by numerous states just hours after Trump declared his national emergency and could well be exactly what winds up undercutting the president’s claim of an emergency.