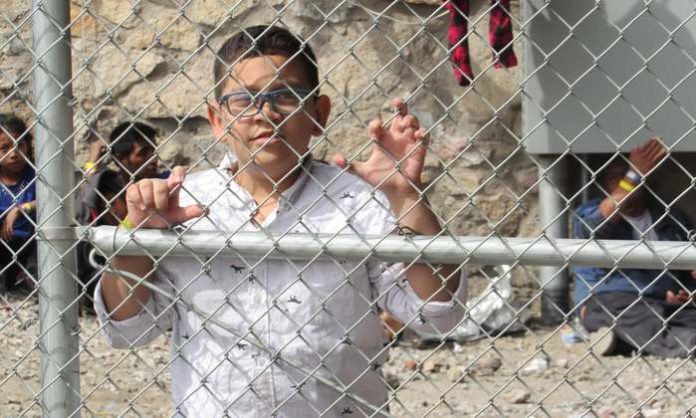 Migrant children detained in modern-day internment camps don’t need soap, toothbrushes, blankets, or an appropriate place to sleep in order for them to be “safe and sanitary,” according to attorney who works for the Trump administration.

During a hearing before three federal judges of the Ninth Circuit Court of Appeals, that same attorney was peppered with questions from the judges, all of whom could not believe anyone was arguing that children don’t need such necessities in order to be properly cared for.

Tim Dickinson of Rolling Stone explaines how the case got to the Ninth Circuit:

The case before the court stems from the Flores settlement — a consent decree signed by the government in 1997 that guarantees basic rights for children detained at the border. The Trump administration has repeatedly sought to undermine the two-decade-old agreement, in particular as it pursued its policy of family separation. Currently the administration is appealing a 2017 district court ruling that found the feds had violated Flores by not providing children access to basic toiletries and adequate sleeping conditions at temporary detention facilities operated by the Border Patrol.

Sarah Fabian of the Justice Department’s Office of Immigration Litigation told the judges that the definition of “safe and sanitary” depended on how long a child was held at a facility, leading Judge A. Wallace Tashima to respond:

It’s also important to keep in mind these are children being discussed. Federal inmates are given soap, toothbrush, toothpaste, and blankets. But children aren’t entitled to those basics?

The San Francisco Chronicle notes that another judge was also in shocked disbelief that the DOJ attorney would argue against giving anyone to basics of sanitary care:

“No one would argue that this is safe and sanitary,” Fletcher said.

At one point, even the DOJ attorney seemed unclear exactly why she was standing before the court arguing something so patently ridiculous, conceding that it was not “safe and sanitary” to deny such basics to the detained children. But seconds later she then “contended the settlement gave immigration officials some leeway in housing minors. There are ‘challenges in interpreting a very old agreement’ that was reached before the current Department of Homeland Security and its immigration agencies were even established, she said.”

What challenges in interpretation are there in making sure that children in your care have a blanket, a toothbrush, toothpaste, and soap?

As we have repeatedly seen from the current administration, they are heartless, soulless, and devoid of feeling for anyone but themselves. That alone should be enough for every American to vote them out of office en masse in 2020.

Watch the hearing for yourself: