The United States Blues
Home National News Trump administration will cut number of refugees allowed into the U.S. to... 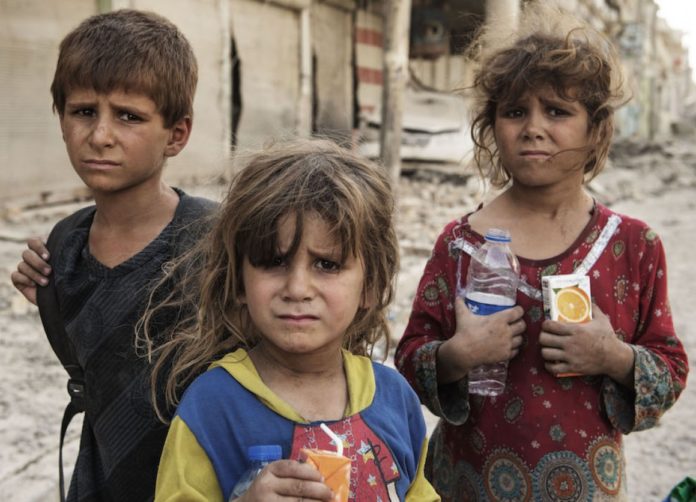 The Trump administration is proposing to cut the number of refugees allowed into the United States next year to zero, according to a report from Politico, which cites three people familiar with the plan:

During a key meeting of security officials on refugee admissions last week, a U.S. Citizenship and Immigration Services representative who is closely aligned with White House immigration adviser Stephen Miller suggested setting a cap at zero, the people said. Homeland Security Department officials at the meeting later floated making the level anywhere from 3,000 to 10,000, according to one of the people.

The proposal was reportedly met with great concern by the Department of Defense, which wants to continue a program of allowing Iraqis who assisted U.S. forces to be admitted to the U.S.

As you might expect, the sudden cutback will come in an election year, giving President Donald Trump a talking point he can use to placate his most ardent supporters. It’s expected the 2020 Trump campaign would make such a move a centerpiece of his reelection effort.

Jen Smyers, a director with Church World Service, one of the nine U.S. resettlement agencies, had this to say about not allowing immigrants into the country:

“In the long-term, it would mean that the capacity and the ability of the United States to resettle refugees would be completely decimated.”

The proposal is just the latest of several steps being taken by the White House to severely limit the number of people being allowed into the U.S. via any means whatsoever:

But even as Trump officials weigh dramatically cutting refugee admissions, the administration also has sought to greatly reduce the availability of asylum. A sweeping regulation issued this week would block migrants who pass through another country en route to the U.S. from seeking asylum. The measure — already the subject of two lawsuits — could choke off the majority of asylum claims.

The (stephen) Miller allies asserted at the meeting that the refugee determination didn’t matter because it was a ceiling, not a floor, and the administration still retained the discretion to admit fewer people, according to one of the people with knowledge of it.

Amnesty International, which wants to see at least 95,000 refugees in Fiscal Year 2020, said cutting the number to zero is completely unacceptable:

“It is beyond shameful and a new low, even for this administration, to even consider accepting no refugees to the U.S.

“People are in need all over the world – families, children, human beings with unique stories and lives on hold. Zero will never be an acceptable number for any country let alone a country with so many resources and people willing to welcome new neighbors looking to rebuild their lives in peace and safety.”

The agencies involved in the final decision will submit their recommendations by August 1.