The United States Blues
Home Health Trump administration will not give flu vaccines to migrants in U.S. custody 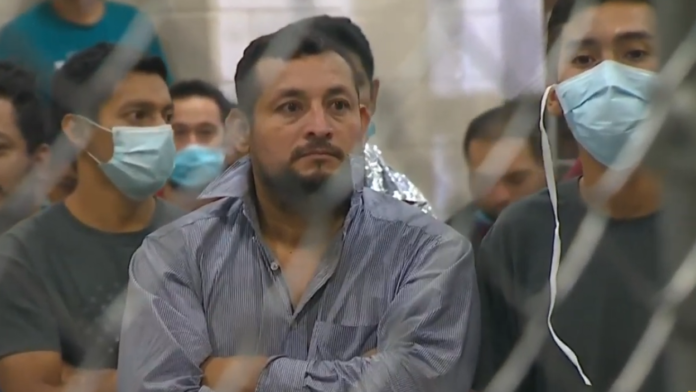 Even though influenza is a highly contagious disease that spreads easily in groups of people, the Trump administration says it will not vaccinate migrant families being held in detention centers during the upcoming flu season.

“’In general, due to the short-term nature of CBP holding and the complexities of operating vaccination programs, neither CBP nor its medical contractors administer vaccinations to those in our custody,’ a Customs and Border Protection spokeswoman said in an emailed statement.

At least three children who were held in detention centers after crossing into the U.S. from Mexico have died in recent months, in part, from the flu, according to a letter to Reps. Rosa DeLauro, D-Conn., and Lucille Roybal-Allard, D-Calif., from several doctors urging Congress to investigate health conditions at the centers.

Previous to the Trump presidency, the U.S. had gone nearly ten years without any children dying while in immigration custody.

Harvard pediatrics professor Dr. Jonathan Winickoff had this say regarding the deaths of children who are being held by the Department of Homeland Security:

“When I learned that multiple children had died in detention from potentially preventable causes, it truly disturbed me. The country needs urgent answers to that question so that children stop dying in detention.”

Dr. Winickoff added that since those in custody are in close proximity to others, any disease can spread like wildfire if only one person initially contracts it. And flu weakens the immune system, especially those of children:

“A child might start out with flu but then die of another infection.”

The Centers for Disease Control (CDC) recommends that every person over the age of 6 months old get an annual flu inoculation.

An influx of people crossing the U.S.-Mexico border has led to an increase in migrant children being apprehended by federal authorities. According to data from Homeland Security, from October to July, nearly 70,000 unaccompanied children were taken into custody and 432,838 “family units” were arrested. That, CNBC notes, has led to:

Dangerous overcrowding of migrant facilities, where investigators for the Department of Homeland Security reported prolonged holding of children without access to showers or laundry facilities. DHS inspectors said adults were being held in standing room-only areas for up to a week and some had gone a month without a shower, contributing to unsanitary conditions and health risks, according to a July 2 report by the agency’s Office of Inspector General that was obtained by NBC News.

As fall and flu season draws closer, there could also be an influenza epidemic at the facilities. And that may result in even more deaths, especially among the most vulnerable.