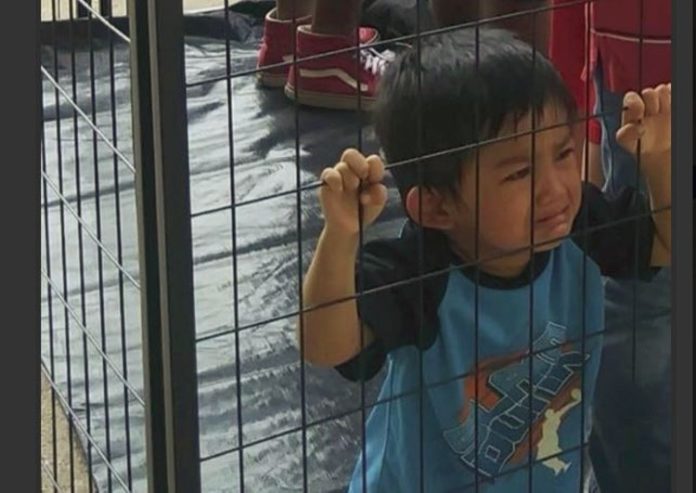 The Trump administration is about to house undocumented immigrant children at an Oklahoma military base that was used as an internment camp for Japanese Americans during World War II.

Starting as soon as July, Fort Sill will be used as a “temporary emergency influx shelter” to mitigate overcrowding at existing facilities, the Department of Health and Human Services’ Office of Refugee Resettlement said Tuesday. The agency cited “a dramatic spike” in unaccompanied minors detained by border officials this year — just under 41,000 as of April 30, an almost 57% increase from the same period in 2018.

Now it will be used to detain immigrant children. This says quite a bit. https://t.co/oVov9deZsf

The use of Fort Sill is just the latest outrage from this heartless president, who has made it his mission to keep all those seeking asylum from being allowed to seek a better life in the United States even though Donald Trump’s own family immigrated to the United States from Germany and Scotland.

Meanwhile, more and more migrants seeking asylum are being detained:

Health and Human Services said in a statement that it has taken about 40,900 children into custody through April 30. That’s a 57% increase from last year, which is a rate on-pace to surpass the record figures in 2016, when 59,171 minors were taken into custody. The agency had assessed two other military bases before selecting Fort Sill.

In many instances, those facilities are substandard, with some serving rotten food, according to a recent Inspector General report which found:

AT TWO FACILITIES IN CALIFORNIA AND NEW JERSEY, THE INVESTIGATORS SAID THEY FOUND “IMMEDIATE RISKS OR EGREGIOUS VIOLATIONS OF DETENTION STANDARDS,” INCLUDING “NOOSES IN DETAINEE CELLS” AND “INADEQUATE MEDICAL CARE.”

“Those who do not remember the past are condemned to repeat it.”

Right now in this country, one of the most shameful events in our history is being repeated. How long will we allow this to continue?