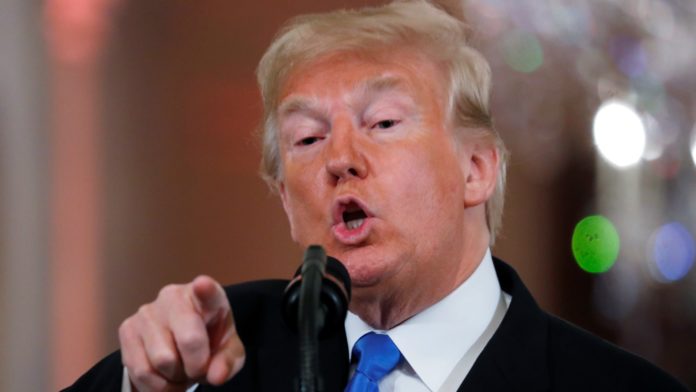 President Donald Trump’s war on the media is about to escalate considerably, according to a report from the New York Times, with allies of the White House actively seeking to acquire damaging information on journalists who are considered to be hostile to the president as he seeks reelection in 2020.

According to the Times, here’s how the administration’s plan works:

Four people familiar with the operation described how it works, asserting that it has compiled dossiers of potentially embarrassing social media posts and other public statements by hundreds of people who work at some of the country’s most prominent news organizations.

And the operation has already begun, with information being released about journalists working for CNN, The Washington Post, and The Times, all of whom have investigated Trump and are considered to be detrimental to the president winning a second term in office.

Among the items being examined by Trump allies who are seeking to find embarrassing or harmful information on reporters, the Times notes:

More than a decade’s worth of public posts and statements by journalists, the people familiar with the operation said. Only a fraction of what the network claims to have uncovered has been made public, the people said, with more to be disclosed as the 2020 election heats up. The research is said to extend to members of journalists’ families who are active in politics, as well as liberal activists and other political opponents of the president.

One of the Trump supporters involved in the ongoing operation is Arthur Schwartz. Schwartz is an adviser to Donald Trump Jr. and was previously employed by former White House chief strategist Steve Bannon, who was dismissed from the administration after seven months in his position.

The Times also says that part of the strategy may be to intimidate journalists by letting them know their actions and postings are being closely watched:

“It is not possible to independently assess the claims about the quantity or potential significance of the material the pro-Trump network has assembled. Some involved in the operation have histories of bluster and exaggeration. And those willing to describe its techniques and goals may be trying to intimidate journalists or their employers.”

Make no mistake: Donald Trump and his confederates will do anything to win him a second term. But their tactics reek of desperation and fear. That alone suggests that the resistance to Donald Trump is working.