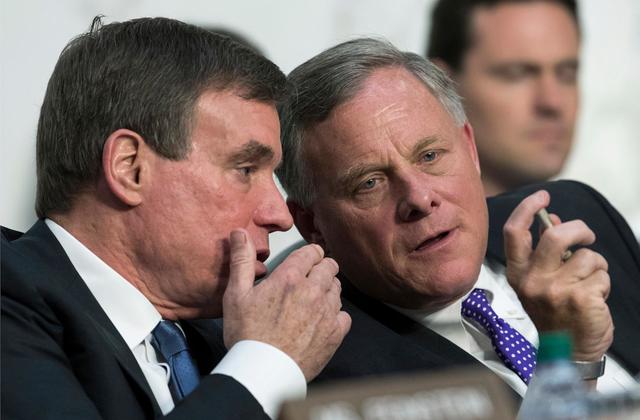 Earlier this week, Trump Jr. received a subpoena requiring him to come back and testify before the the Committee.

He has since thrown a temper tantrum and has indicated that he intends to not show up as part of his dad’s strategy of rejecting congressional oversight.

It turns out that Burr and the Committee are not finished with their own Russia investigation, but Trump’s allies are already threatening retribution if Burr pursues the matter.

Don Jr. and his father are clearly betting they can force Senate Republicans to bend to their will. If they do, the American people will see them as weak, which won’t play very well during the 2020 Election.

But Burr has allies of his own, and they have spoken out in support of his action.

“Conservatives shouldn’t criticize Burr,” Grassley told reporters. “Because Burr was assigned the lead role on all of this Russia collusion stuff by the leader. The leader had confidence in Burr’s leadership, nobody else ought to be questioning it.”

The fight, however, does represent a rift in the party that could grow in the coming months, especially when House Democrats get Special Counsel Robert Mueller and former White House counsel Don McGahn to testify.

The testimony is almost certain to be damning because Mueller will lay out the multiple instances of obstruction, point out that his team did find some evidence of collusion, did not totally exonerate Trump or his son and would likely reveal Attorney General Bill Barr as a liar who is covering up the report.

Meanwhile, McGahn will testify that Trump did order him to fire Mueller, which is a textbook case of obstruction.

If Don Jr. refuses to testify, the Senate Intelligence Committee could hold him in contempt and even jail him for failing to appear. However, it’s likely it won’t come to that since Trump Jr. will probably appear and plead the Fifth or provide written answers.

But the bottom line is that Burr’s move is splitting the GOP and that could spill over into an already tough election year in 2020 as Republicans try to keep power in the Senate and White House. The latter is especially vulnerable if Republican voters agree with Burr and disapprove of Trump’s threats.